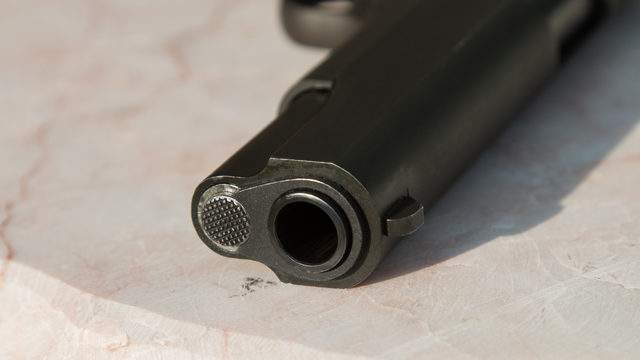 Houston Frankfurter Allgemeinen Zeitung: – A bill seeking to amend the so-called “castle doctrine” in Texas is angering lawmakers ahead of the legislative session starting next year.

The “castle doctrine” is explained in a second. 9.41 of the state penal code. It gives people the right to use lethal force to protect their “moveable land or physical property.”

State Attorney Terry Meza introduced de-Irving Bell House 196 In early November, which would amend a portion of the code to require homeowners to “be unable to retreat safely” before using lethal force. It also removes robbery and aggravated robbery as crimes that can be legally stopped with lethal force by property owners.

Some hinted that the Meza bill sought to end the “castle principle” because it required them to withdraw from their property before firing. However, Misa took to Twitter last month to say her bill and position were “misrepresentations.”

“It does not abolish the citadel principle, nor does it restrict homeowners from using firearms for self-defense as it applies to current Texas laws,” Misa wrote in a tweet on November 19. “What my bill would do if it passed would require a homeowner to exhaust the possibility of safely retreating to their residence before using lethal force to defend themselves or their property.”

My HB 196 bill and my position on Texas Castle Doctrine have been misrepresented in the news recently.

It does not nullify the Castle Doctrine, nor does it restrict homeowners from using firearms in self-defense as it applies to current Texas laws. 1/3 pic.twitter.com/CfDFJZedY0

Meza said her bill is necessary because the current law “encourages people to take justice into their own hands.”

“I don’t think stealing someone’s garden decorations should be a crime punishable by death,” Misa wrote in a tweet.

Texas Gov. Greg Abbott responded to Misa’s tweet Wednesday, saying there would be no downgrade of the state’s “castle doctrine”.

“We will not force homeowners in Texas to back off,” Abbott wrote in a tweet. Especially with the crazy ideas of ‘disrupting police work’, homeowners need to protect themselves now more than ever.

Let me be clear.

The castle doctrine will not be diminished.

We are not going to force Texas homeowners to hold back.

Homeowners need to protect themselves now more than ever, especially with the crazy ideas of “eliminating police financing”.

We’ll protect the rights of the Second Amendment. https://t.co/DgtxWE6y0S

The Texas legislature, which meets every two years, begins a new session on January 12.