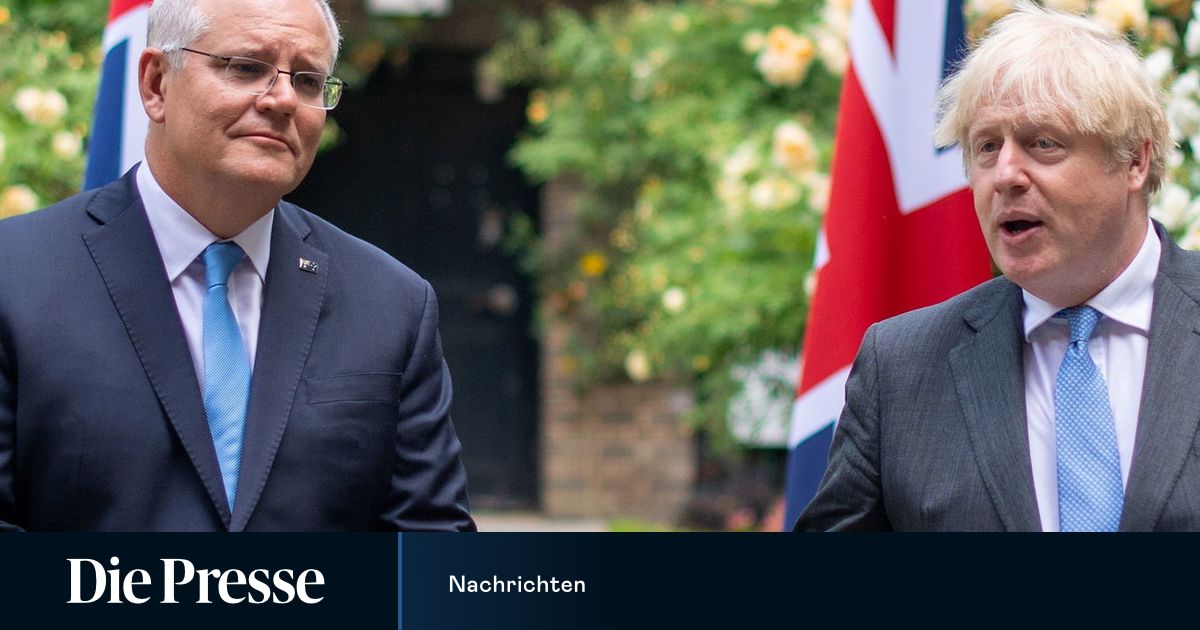 For the first time since Brexit, Great Britain has signed a completely renegotiated trade agreement.

For the first time since Brexit, Great Britain has signed a completely renegotiated trade agreement. Prime Minister Boris Johnson has reached a free trade agreement with fellow Australian Scott Morrison, the government announced in London on Tuesday. Accordingly, manufacturers of cars and whiskey will benefit from the exemption from customs duties. Industries with around 3.5 million employees in the UK have received a huge boost.

In 2020, trade between the UK and Australia was 13.9 billion pounds (16.2 billion euros). The United Kingdom is Australia’s fifth largest trading partner. The British government has confirmed that the contract will ensure further growth.

“Today marks a new dawn in the UK’s relationship with Australia, a dawn fueled by our shared history and values,” Johnson said. The treaty also states that British youth under the age of 35 have more freedom to live and work in Australia.

“This partnership is as fundamental to Australia as it is to the United Kingdom,” Morrison said. “Our cooperation in defense, strategic issues, science and research, as well as in dealing with technological challenges to combat climate change, will strengthen our economic relations through this agreement,” he added. The contract can only be compared to the one that Australia concluded with its neighbor New Zealand.

Great Britain has already made trade agreements with dozens of countries since Brexit. However, these have always been copies of existing EU treaties with these countries.

However, the Australia deal is controversial in Great Britain. Farmers’ associations fear duty-free imports of meat from Australia could harm British sheep and cattle farmers. The government stressed that the agreement includes ceilings for duty-free imports over the next fifteen years, in addition to quota regulations and other preventive measures. Farmers’ associations have asked parliament to closely monitor the contract. It must be ensured that low standards of environmental and animal welfare do not undermine food security.