“Get vaccinated and respect the rules” 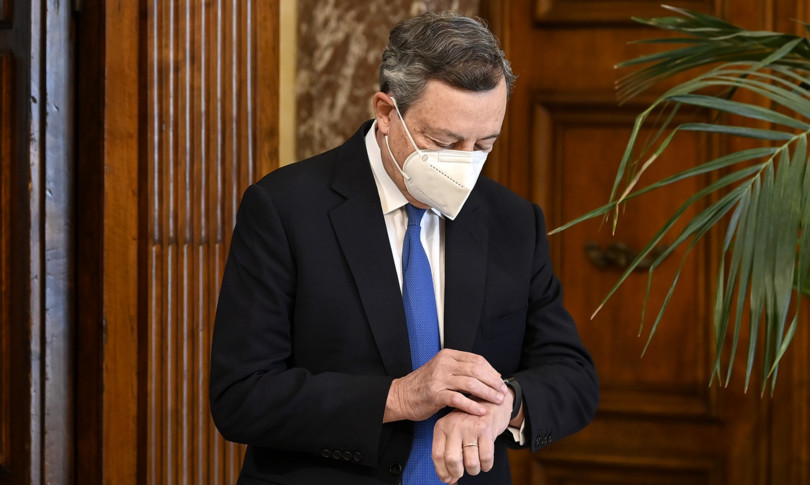 AGI – “Get vaccinated and respect the rules.” gravity Mario Draghi He arrives during the informal greeting to the press before the summer holidays. The Prime Minister links the invitation, addressed to “all Italians”, directly to the economic direction, because if the epidemic can be controlled – as he expects – there will be “security and confidence” that will allow Italy even greater growth.

The prime minister chooses The tapestry hall at Palazzo Chigi I wish a “Happy Italian Holiday”. To reporters, called up at the last minute, he reiterates his thank you letter for the “good work” done by the ministers and undersecretary. Roberto Garofoli, expressed yesterday during the Council meeting. He takes the opportunity to ask the executive for “greater determination” after returning from vacation because the challenges to be faced are “urgent and dangerous”. Despite the expected “very high” growth, there is the issue of employment and companies in crisis, in addition to the reform of social safety nets and all the reforms on the agenda of the National Measurement Program.

One of the issues that Draghi is keen to emphasize is the one work security, defined as unacceptable, while sending a “touching and affectionate” idea to a family Laila El Harim.

For those who ask him about basic incomeThe prime minister replied that it was “soon” to understand if it would be “redesigned”. But he is keen to make it clear that he shares the “basic concept” of the procedure “entirely”. Finally, to those who ask him to take stock of the six months he spent at the head of the government and to predict his future, he repeats that Parliament guarantees the “horizon” of the government and that in these months at Palazzo Chigi there were “no dark sides or bright sides” but the parties also “worked for the Italians” without any “final opposition” with the Presidency of the Council.

On the day the new measures on the green lane went into effect, Draghi was clear: “I say to all Italians, vaccinate yourselves and respect the rules.” “What do we fear most in the coming months? We must make sure that we have done everything to prevent the epidemic from escalating. We don’t know if this is enough or not. Everything is done on the basis of current evidence and data,” he admits.

“I want to remember that a famous research institute projected 1,700 deaths per day by mid-July and there were seven or eight. This means that it is a fluid situation: we must make sure at all times that we have done everything possible on the basis of the data we have,” he urges, recalling That “Italy vaccinated more doses per 100 people than France, Germany and the United States.”

“If we can ensure security and confidence in all of us” regarding the state of the pandemic, he continues, “we think the economy will get better,” but “this should not make us forget that we have to face the remaining problems. Within this very high growth: employment, companies in crisis , reforming social safety nets, and the issue of safety at work. And again there is the agenda of the National Disaster Reduction Programme: financial mandate, competition”

One issue in particular, he said, “is dear to all of us, certainly to me, and perhaps more than anything else, is trying to do something to improve the unacceptable situation in terms of job security.” . “On this occasion, I also wanted to talk about a touching and affectionate thought to everyone who loved Laila Harem. Two months ago it was D’Orazio. And so… every day. So much has been done but so much to do has been done. More” .

On governmentDraghi then recalls that he “thanked the ministers for their work, and the determination they have shown in these six months of government in setting the agenda and implementing the agenda itself.”

He adds: “The idea that must be kept clear in mind – he adds – is that in two weeks it will take the same determination, if not greater, to meet the challenges and the answers we must give to urgent and serious problems. Things, apart from our commitment to start school face to face Face it, the vaccination campaign continues, and then there are all the problems related to work: today there was a meeting with the Minister of Labour. ”

Finally, to whomever is asked the government’s first six-month budget and future projections, he answers: “The government lives mainly because there is a parliament that makes it alive and because there is a parliament that legislates. The horizon is in the hands of parliament, I can’t express opinions and views on this. I’m here, I’ve been Being called up to do it, I try to do it in the best possible way. And then we’ll see.” “There are no dark sides or bright sides” in these six months, he says. “In all of this the only thing that matters is the results. And the parties look at the results just as we do, as I do. It’s not that they have different goals in mind. They work – it seems strange – they also work for there is no conflict of ends between this government, The prime minister, those who work are the best and the others are not: we all work together.”

See also  What do you expect from the global minimum tax? jaw knot