Germany and the United States: No more confusion 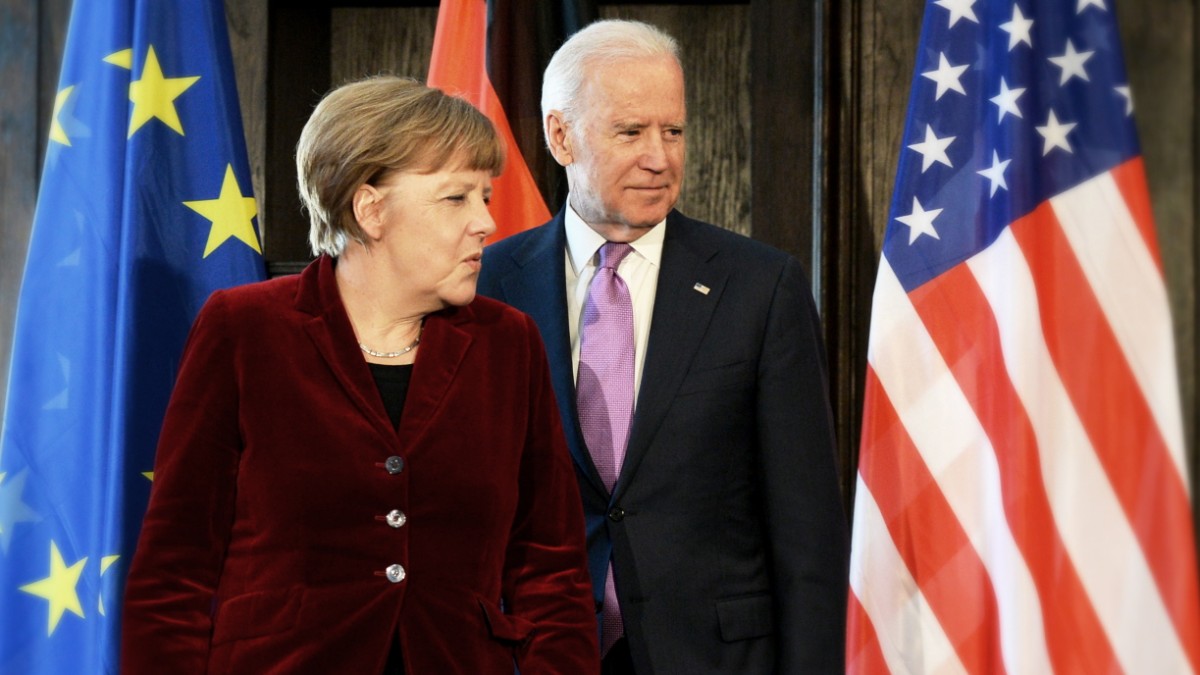 If there is to be one certainty, after the great and almost limitless rest, it is that no fit and understanding person in Germany will cry after the forty-fifth president of the United States. Donald Trump didn’t think much of the old allies, and he didn’t think much of Germany. He punished her with insults and threats and Richard Grenell, who sent him to Berlin as an ambassador for his evil. Germans have every reason to join the Democrats ’global sighs after Joe Biden finally moved to the White House, which has now returned to” a basis of common convictions, “as Chancellor Angela Merkel said.

Washington’s celebration of democracy affected many, including in Germany. But how much time will pass before someone secretly cries over the years that were horrific, but were so relaxing as well? Trump, with all his hatred and madness, has often asked not for much of German politics than protection. It’ll be different with Joe Biden. For him, Berlin will be one of the main addresses when searching for supporters. In Trump’s world, coalition commitments have been reduced to what can be expressed in dollars. Biden will ask Germany a lot more than keep his old promise to increase defense spending.

This NATO goal, backed by Germany, of increasing the defense budget of all member states to at least 2% of economic strength, is often cited as an example of why there is also a problem with the new president. This is true, because even Biden will not see Germany diminish its ambitions. But what must change is the German position. NATO could have lived another four years of Trump’s rule poorly. Keeping Biden away from Biden for four years will also not help her. The more the United States turns to the dangers from China, the more European NATO should become.

The choice is easier than usual: either relying on the alliance with the United States and NATO defense or on Vladimir Putin’s peace division for all people. The view among parts of the Social Democrats and the Greens that there is something in between seems to be a bold experiment. The Social Democrats didn’t actually translate this into government action, and the Greens probably wouldn’t, either. Even now there is still consensus that breaking with America will not make Europe safer, which is why the Germans in particular should be happy to have a friend in the White House again.

Biden, in turn, will have to count on allies who have transcended the role of junior partner. This has to do with the enormous task of moral and economic reconstruction in the United States itself. But it is also linked to the geopolitical situation that has little in common with the time immediately after the Cold War. This situation is determined by the rise of China, power games in Russia, which is often described simultaneously with great-power competition, but also by the assertion of autonomous democracies in the struggle of systems. For Trump, as a contempt for democracy, this fight wasn’t an interesting one, but Biden would want to lead it – also and especially with Europeans.

This leads straight out of the German comfort zone, where good work does not seem to affect a good conscience. Angela Merkel brilliantly understood how her protective hand was holding both the Kremlin critic Alexei Navalny and the big pipeline deal with the Kremlin company, Gazprom. The investment agreement between the European Union and China, which had been criticized shortly before Biden took office, despite Hong Kong’s brutal policy, bears Merkel’s signature.

There are now two options for German policy. She can continue to delve into new, more sympathetic signs. Happy not to pull out American soldiers. Breathe a sigh of relief not to be offended all the time. Enjoy predictability. Otherwise, wait and see what Biden can actually do. The restrained euphoria with which Merkel commented on the historic change of government in the United States is in keeping with its nature, but also raises concerns that this is exactly what will happen in the next few months.

However, this would be a safe way to miss an opportunity that many people no longer believe in. Biden’s call to work together extends far beyond America, and it probably won’t hurt to let some of his feelings infect you. This would be the second possibility. Now is the time to form a coalition for democracy and common sense. Without them, the world would not be the world Europeans want to live in after the pandemic.