From Finland, Culiacan Alan Guerra presents a Mexican concert at the invitation of the Embassy of Mexico 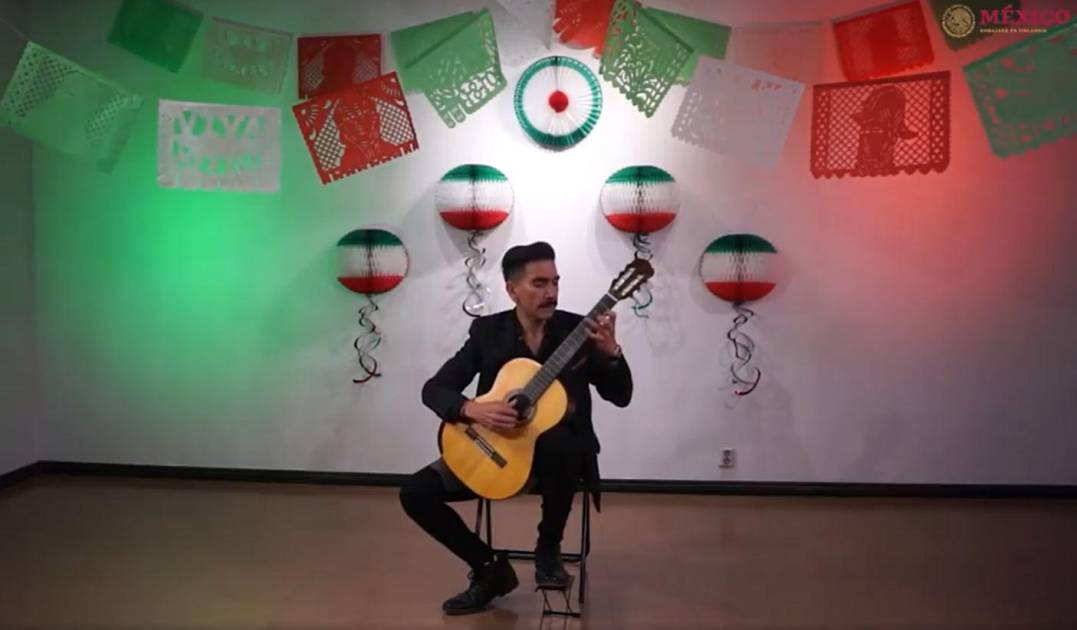 The musician has been living in Finland since 2020 studying at Sibelius Academy, Helsinki University of the Arts, Finland, pursuing a master’s degree in classical guitar and was the only Mexican musician accepted into that institution where he will be for two and a half years,

Avendanio Guerra opened the ceremony with the translation of Cerzino Mexicano, after which Enrique Cespedes, Mexico’s ambassador to that country, welcomed the celebration for the second year in a row to celebrate national holidays in a virtual way.

“Invite all Mexicans living in Finland to celebrate the festivities with a Mexican music group performed by classical guitarist Alan Guerra and Mrs. Lola Cervantes, both of whom are Mexican, and I hope you enjoy it,” the ambassador said.

Later, the musician from Culiacan continued the concert playing the tune of El Quelite with arrangements made by classical guitar teacher Heriberto Soberanes.

Later, young Lola Cervantes, a Mexican also living in Finland, accompanied the guitarist, appeared to translate the melody La Llorona; Cilito Lindo, to then conclude the ambassador of Mexico with another message and make way for the latest musical number of Avendaño Guerra, translating the national anthem.

During the performances of the young musicians, a mixture of representative images was transmitted to the most emblematic places of Mexico and Finland.

On his Facebook account, Alan Guerra expressed his pride in the honorable honor bestowed upon him by the Embassy of Mexico.

See also  USA: Trump sends a cease and desist declaration to his party over donations - politics

“This year I had the great honor of playing Mexican music to celebrate the independence of Mexico in Finland.

Compass from the embassy told me that if we get to 10,000 views, the tacos will be pulled!

If you help me share it, I’ll send you pictures of the tacos. giddy!

And besides everything, today is my mother’s birthday, Dona Maria Teresa Guerra Ochoa, so send her the song from El Quelite as a gift, to Culiacán, Sinaloa!

Tomorrow I will leave tomorrow,

The consolation you left

to remember meShare the music on social networks

Alan Avendaño Guerra is a Culiacán classical guitarist. He studied at the School of Music at the Autonomous University of Sinaloa, at the Higher School of Music of the National Institute of Fine Arts, and is currently studying an MA Guitar at Sibelius Academy in Helsinki, Finland.