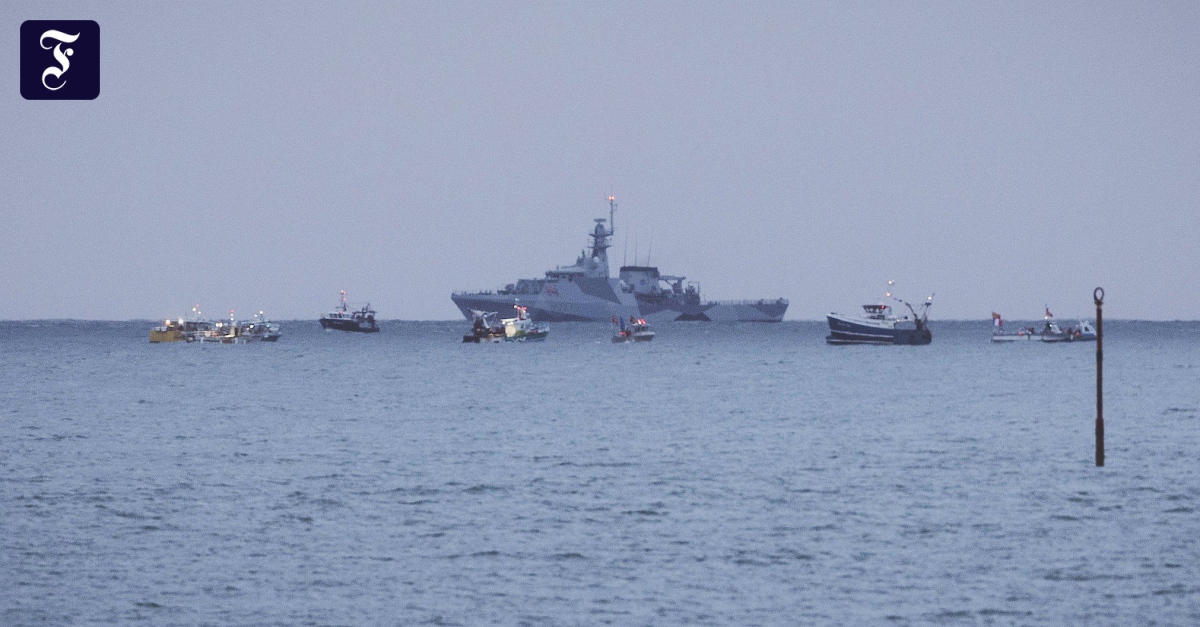 On the way back: French fishing boats in the foreground, behind a British Navy ship
Photo: dpa

Great Britain announced that it would withdraw its naval ships from the British island of Jersey Channel. “We remain on standby,” the prime minister’s office said. The French fishermen had closed off the island with their boats in protest.

nAfter the French fishermen ended their siege on the Channel Island of Jersey, the British government announced that it would withdraw its naval fleet. “Now that the situation is currently resolved, the Royal Navy’s patrol ships are preparing to return to their UK port,” Prime Minister Boris Johnson’s office said Thursday evening. “We stand ready to assist should there be further inquiries from Jersey.”

The government stressed that the Jersey authorities had the right to regulate fishing in its waters. Johnson thanked the Royal Navy on Twitter for its quick commitment: “I am pleased that the situation in Jersey has been resolved.” Jersey Premier John Le Fundre reported having constructive discussions with fishermen’s representatives.

Dozens of French fishing boats have closed the port of the island’s capital, Saint Helier, since early morning. The background to this dispute is over fishing licenses in the English Channel, which has again been boiled over due to Brexit. France also sent warships to the region. As the so-called possession of the Crown, Jersey is not part of the United Kingdom, and is, however, responsible for the foreign and security policy of Channel Island, 25 kilometers from the French coast.