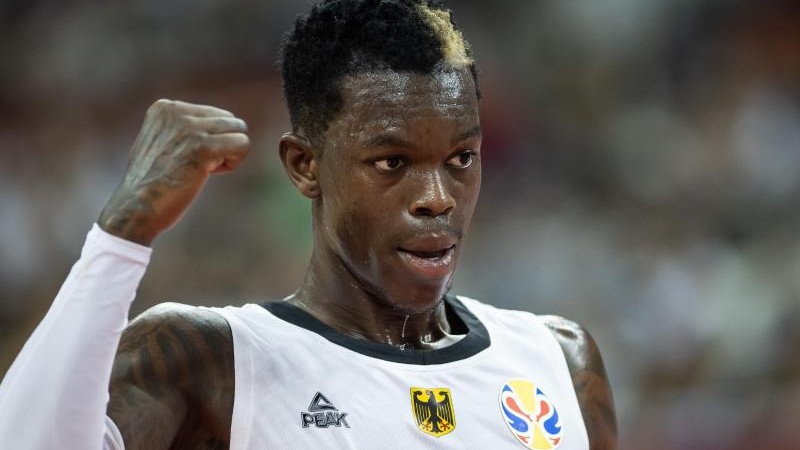 TOKYO (AFP) – German basketball players must dispense with NBA star Dennis Schroeder at the Olympics. The 27-year-old goalkeeper, who was recently under contract with the Los Angeles Lakers, will not be on the flight to Tokyo, the German Basketball Association has announced.

“The reason for this is still the massive insurance requirements that cannot be met,” according to a joint letter from Schroeder’s management and the German Basketball Association.

“I would have liked to be in Tokyo. It’s the Olympics, and this is by far the greatest for an athlete, and I’ve always dreamed of participating in the Olympics. I’m of course very frustrated that I didn’t attend such an important tournament that you can come and fight with the team,” said Schroeder.

The Braunschweig native had already missed the qualifying tournament in Split due to an unresolved insurance issue. After the German team got a ticket to Tokyo, Schroeder was once again flirting with participation in the Olympics. “My agent has to do his job now. The German team has done his job, let’s see,” said Schroeder, who had supported the German team in all four matches as a spectator in the hall, full of emotion.

But as before the tournament in Split, the insurance issue could not be resolved despite renewed efforts. Schroeder is currently without contract, hopes since the beginning of August when the so-called free agency started in the US, but with a large contract in the three-million-figure range – a sum no insurance company has wanted to cover, particularly in times of pandemic.

“We had to take this development into account,” said national team coach Henrik Rudel. “But it is clear of course that you will spare no effort for a world-class player like Denis.” Schroeder now wants to keep his fingers crossed at home. “I’m definitely a big fan of the team and really believe in men,” he said. Germany will face Italy, Nigeria and Australia in the preliminary round of the Olympics.