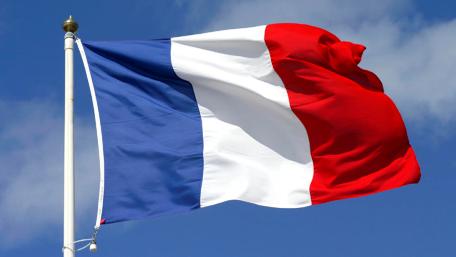 We lacked France to warm up the tensions in the South China Sea. He deployed a naval convoy including a nuclear submarine to support the US convoy.
The fleet that sailed from southern France is tasked with patrolling the South China Sea, in response to China’s claim to the South China Sea, which has rich oil and gas fields.
These waters are also disputed by the Philippines, Taiwan, Brunei, Malaysia and Vietnam, which claim ownership.
Beijing’s claims have been challenged by the United States and several European and Asian countries. In 2020, the US ambassador to the United Nations formally submitted a diplomatic letter to the office of the UN Secretary-General, in which he said that China’s maritime claims in the disputed South China Sea are “inconsistent with international law.” Japan, the major Asian power, the United Kingdom, France, Germany, Malaysia, Australia, Indonesia, Vietnam, and the Philippines also joined the US complaint, all of which made similar statements to the United Nations.
In this increasingly tense maritime geopolitical context, France wants to emphasize that it has its own interests that must be protected in the region. A Ministry of Defense report published in 2019 states that between Djibouti in the Horn of Africa and the territory of French Polynesia, there are 1.5 million French citizens, and thus the Indo-Pacific region of France extends from from the Gulf of Aden to beyond Australia.
If so, since the South China Sea is not mentioned, why is there a French fleet?
Probably taking advantage of the collapse of Europe, would European countries think about taking back those lands and rebuilding their empires?
France is not a weak country, on the contrary, it has a technologically advanced and well-armed military force, effective personnel operating in the troubled regions of sub-Saharan Africa, the equator and in the regions bordering the Indian Ocean.
It has the fifth most powerful army in the world, the second most powerful navy and is an important and nuclear-powered country, with nuclear power plants scattered all over France. It is no coincidence, let’s dispel the cliché that France has many power plants to produce energy to sell to the rest of Europe, including Italy. Another reason is the production of waste that can be used in nuclear weapons.
France was a global empire that extended to all continents, today there are about 235 million first language French speakers and about 100 million adopting French as a second language.
Most of those who speak the first language, and almost all who speak the second language, are distributed in the former French colonies, which are found mainly in Africa but also in parts of Asia in South America and North America. There are more non-French people in the world who speak more French than native French. French is second only to English, and with the United Kingdom leaving the European Union, French will be the official language of the European Union.
France also controls all the currencies of its former colonies in Africa, the West African Franc and the Central African Franc via the Banque de France. French wealth does not come from the goods it produces, but from the manipulation of the currency and trade balances in Africa.
France without Africa would be a small nation.
That is why it is the only nation, which has a completely separate military group, the Foreign Legion, created solely for the purpose of protecting its interests in the former colonies.
Without their indirect influence, France would be a poor country crushed by England and Germany.
That is why, like the rest of Europe, it is trying to take a more direct role in political affairs. Technically, it is still a colony with its financial dominance, but now it is back in political control.
This explains the presence of ships in the South China Sea. It aims again to control rich Indochina and with it parts of China. France does not want to be unprepared, it wants to be at the table when Western powers divide China as it was a century ago.
China understood this and explained its aggression,
He wants to prevent the French imperialist plan.
It will be interesting to watch France’s behavior in Asia, and the reaction of China and the United States, who are strongly involved with the French navy.
Taiwan would be just an excuse to justify a possible attack on China.