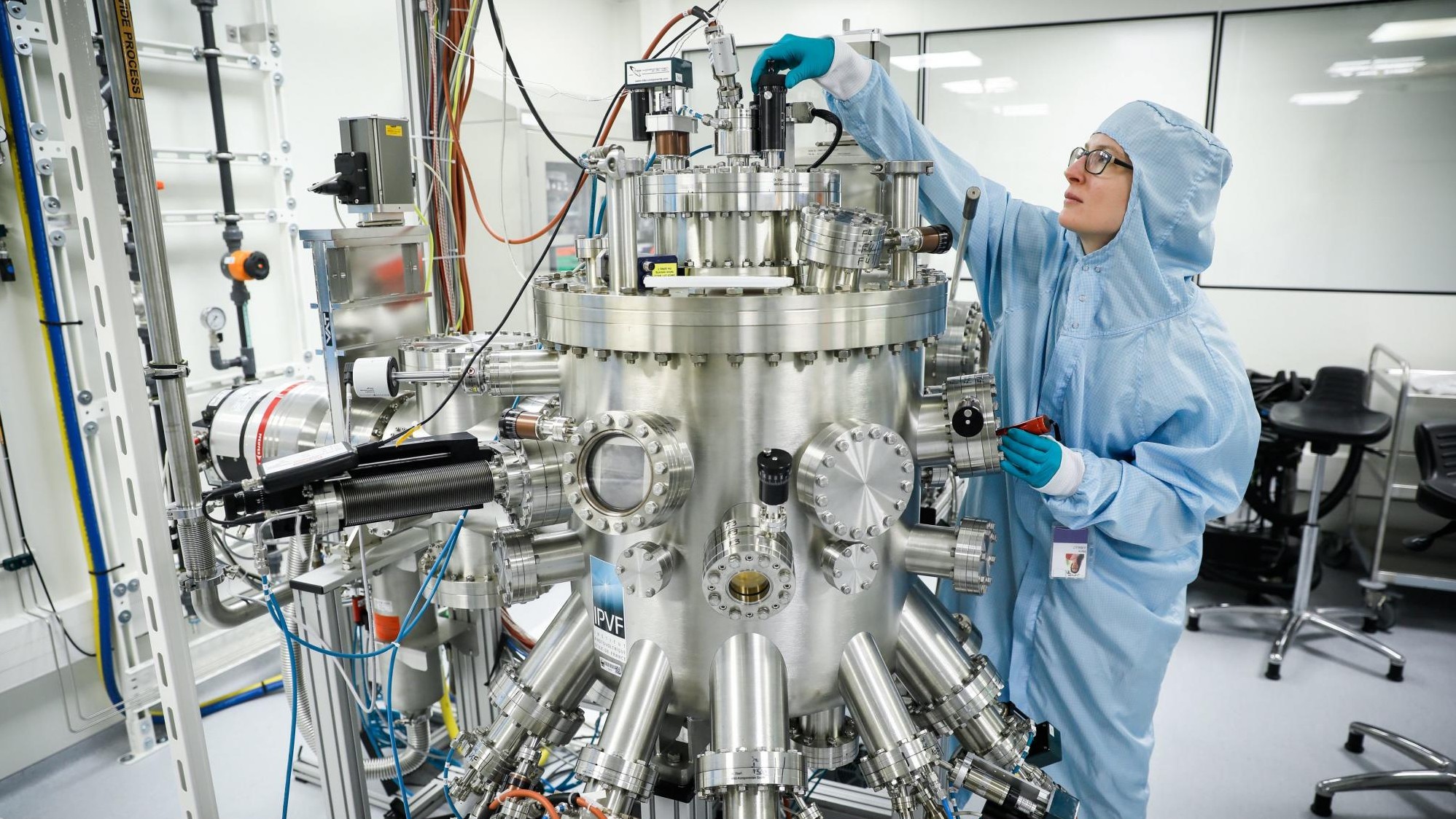 A number of scientific institutes are currently being built in Saclay, 20 kilometers south of Paris. Philip Schulz in the lobby of one of the new buildings.

Hello. Welcome to the Photographic Institute Ile-de-France, IPVF in a nutshell.

His laboratories are located on the second floor of the Photovoltaic Institute. The 38-year-old German researches materials in the field of solar energy sources. His project is set to run for five years thanks to the “Make Our Planet Great Again” or “Mopga” program for short. That’s why he left the United States. Schulz took a post-doctoral position there after completing his doctorate in physics at Aachen. During his five years in the United States, he specialized in solar cell research, most recently at the National Renewable Energy Laboratory in Colorado.

“After this post-doctoral period, you are thinking about how things are going to go, and what the options would be to continue in this career path. And then this show from Make Our Planet Great Again came in just the right direction and it was my time.”

This has been increasing since Donald Trump had just assumed political leadership in the United States at the time.

It was not clear to what extent renewable energy could remain a priority for this new government.

France as a location for the best research

Fear has now been confirmed. But in France, Schulze found open doors for his research.

The government in Paris has allocated 30 million euros for the MOBGA programme. The funds contributed by the participating institutes amount to the same amount. Because the program is very important in France, says Stephane Blanc. He is responsible for supervising newly appointed researchers at the CNRS in Paris. First of all, the Americans and the French who have mostly worked in the United States in recent years. Plus Canadians, Germans, Spaniards, and others, says Stephane Blanc.

The program demonstrates that France is an attractive location for the latest research in the areas of Earth system sciences, climate change and energy transition.

Only famous researchers were selected

The best projects were selected out of 355 Make Our Planet Great Again applications – by researchers already known for their high-quality work.

“Scientists have not only come to France to do research that is no longer possible in their own country. But also because they have found with us known teams working on the same topics.”

Fundraising pressures in the US

Alessandra Giannini has gained international fame for her work on climate change in the Sahel region of Africa. In 1995 the Italian researcher first went to the United States as well. She recently moved into her office at the Dynamic Meteorological Laboratory in Paris.

“I left the United States because there was less and less funding for research there. Not only since Trump took office, it started earlier. Raising money for my work is becoming more and more stressful. Here, however, I can define my project and I will receive financial support for five years. “.

See also  New infections: What is known about the Corona mutation

Alessandra Giannini now sees herself as a mediator between two worlds. She maintains an exchange with her old colleagues in the United States and her new colleagues in France.