Formula 1 premiere in Qatar: It should only be the beginning 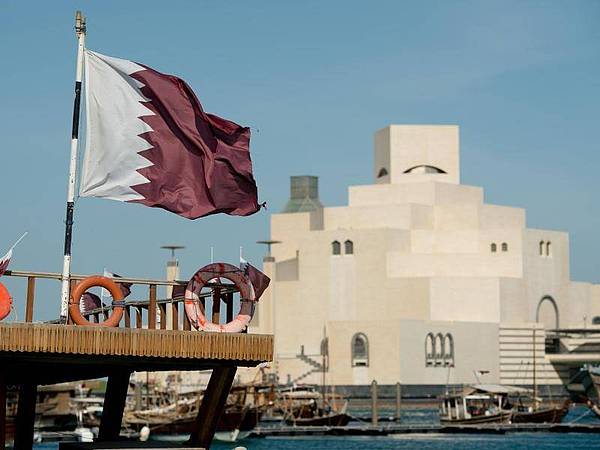 For the first time, Formula 1 has stopped in Qatar. Of course, this is indisputable. A completely unknown road awaits drivers.

DOHA (dpa) – Only Max Verstappen knows the location of the next hot F1 title duel from the screen. “I drove a bit in the race simulator to see the corners. “It would be great to finally see it for real,” the World Cup leader said before the premiere of the controversial race in Qatar.

On Sunday (3pm/Sky), the motorsports class Grand Prix will take place for the first time in the host country of the 2022 World Cup. The fact that none of the stars moved their laps on the track ensures more tension in the long, poisoned duel between Red Bull driver Verstappen and holder The title is Lewis Hamilton in the third final race of the season.

Stay tuned for this exchange of blows. Qatar, the small country on a peninsula in the Persian Gulf, has for years been criticized internationally for its disregard for human rights and the exploitation of migrant workers. Those in power have long been accused of trying to improve a shattered image by being heavily involved in professional sports. Formula 1 is right there, with the Grand Prix taking place exactly one year before the day before the opening match of the World Cup.

If you’re on your way north from the international airport via Doha to the Lusail International Circuit, you’ll pass several World Cup stadiums in always crowded traffic. As if out of nowhere, the newest track on the Formula 1 calendar is suddenly almost in the desert. Huge posters are used to advertise on the city highway. Under 2G conditions, there should be full stands. So far, the MotoGP World Championships has been held in Qatar since 2004, and it is now the most important series in motorsports followed by the wealthy emirate. This year, regulators are stepping in due to the tense coronavirus situation in Australia, and a ten-year contract from 2023 has already been set.

There is no mask for important drivers

Abdul Rahman Al-Mannai, president of the Qatar Motorsports Federation, describes it as a “pioneering long-term deal”. Qatar and Formula 1 – from his point of view, belong to each other. The strong decision-maker has already confirmed that there will be no muzzle for drivers, as each of them can “freely express his opinion on controversial issues”. Official media tours before the weekend will show who is actually using it. Above all, Mercedes star Hamilton and four-time world champion Sebastian Vettel does not hold back on issues such as discrimination, oppression and other grievances.

“I don’t think we should go to these countries and ignore what’s happening there,” Briton Hamilton said in the spring at the Bahrain Grand Prix. Meanwhile, Qatar’s government has repeatedly rejected the criticism and pointed to the reforms applied to workers. In the past 10 years, more efforts than any other country have been made to improve conditions for foreign workers, the official said.

Formula 1 is convinced it is doing the right thing by going to Qatar. President Stefano Domenicali told the BBC he was convinced it would be wrong to exclude these countries. Alternatively, you can make improvements if you highlight Qatar & Co. According to the Italian, the agreements with the organizers also stipulated that human rights must be respected in all aspects of their association with sport. If not, Formula 1 can terminate contracts unilaterally.

“The Middle East is a good place for racing”

The World Cup races in the Arabian Peninsula have always been more than a temporary solution. Now, for the first time, there will be five consecutive races across seasons in the region. From Qatar, it moves on to the next premiere in Jeddah in Saudi Arabia and then on to the season finale in the glittering world of Abu Dhabi. Next year, the start will be in Bahrain again before going to Saudi Arabia.

“The Middle East is a good place to race,” said Gunther Steiner, Team Principal of Haas Racing from Mick Schumacher, before the trip to Doha. “These countries are coming and going and making a lot of effort to organize these events.” Plus, it’s “warm when it’s cold in Europe,” Southern Steiner said, “If people are planning a vacation, it’s a good place to go.”

Not everyone sees it that way. “It always hurts when I have another race abroad and you’re not racing in Germany. Qatar didn’t need it, but Hockenheim or the Nürburgring,” former Swiss Formula 1 driver Marc Saurer said at Sport 1. Meanwhile, AI appealed “Drivers and their teams must be prepared to call attention to human rights in Qatar in the lead up to this race.”