Former Wirecard director Markus Braun has been arrested in Germany 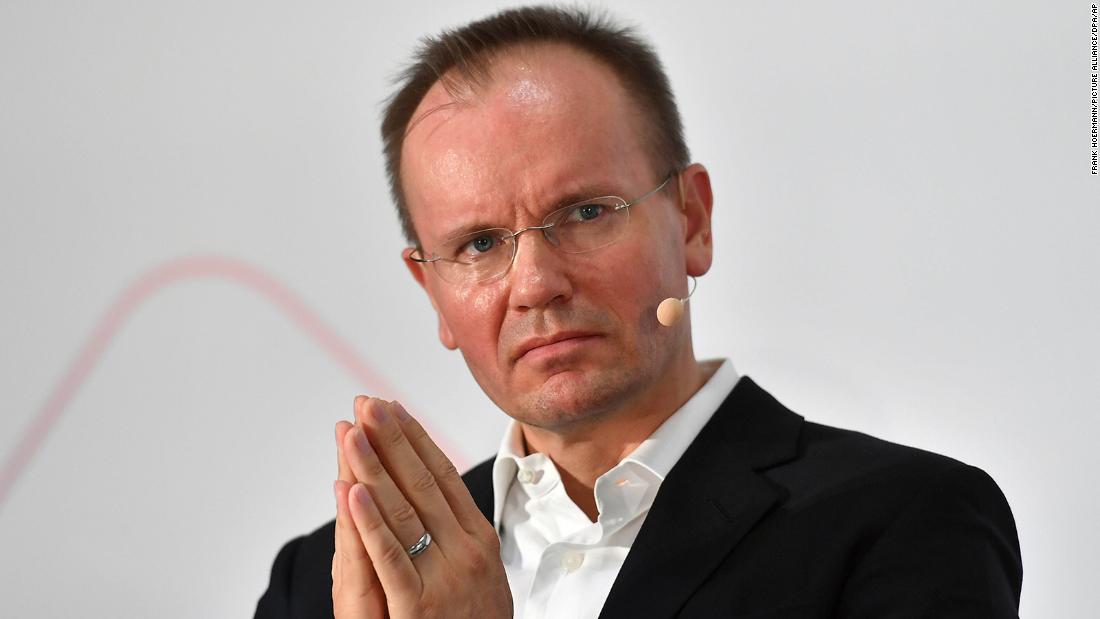 Munich prosecutors confirmed on Tuesday that Brown, a former CEO of Wirecard, had been arrested on suspicion replenish the balance sheet of a digital payment company and selling through fraudulent transactions to make it more attractive to investors and buyers. Prosecutors said Brown may have acted in collaboration with other perpetrators.
Wirecard (WCAGY) admitted on Monday that 1.9 billion euros (2.1 billion USD) in the cash included in the financial statements – or about a quarter of the assets – probably never existed. The company withdrew its preliminary results for 2019, the first quarter of 2020 and the profit forecast for 2020.

The scandal erupted last week when Wirecard said its auditor, EY, could not locate funds in custody accounts and refused to sign the company’s financial results.

Braun resigned as CEO on Friday, suggesting the company may have been the victim of a major fraud. Jan Marsalek, Member of the Management Board and Chief Operating Officer of Wirecard, he was fired on Monday.

Founded in 1999, Wirecard was once considered one of the most promising technology companies in Europe. It processes payments for consumers and businesses and sells data analytics services. The company has nearly 6,000 employees in 26 countries.

Braun, an Austrian who was also Wirecard’s chief technology officer, has run the company since 2002. The former KPMG advisor is the company’s largest shareholder, with a stake of just over 7%, according to Refinitive’s data.

Wirecard grew rapidly with Brown at the helm. The company reported revenue of more than 2 billion euros ($ 2.2 billion) in 2018, or more than four times the 2013 value. Shares reached a high above 190 euros ($ 213) in September 2018, replaced by Wirecard the same month Commerzbank (CRZBF) on the list of the top 30 companies in Germany. It was worth more than 24 billion euros ($ 26.9 billion) at the time.

The company is now facing an existential crisis. A furious search for missing money over the weekend ran into a stalemate in the Philippines, where the central bank denied that the money had entered the country’s financial system. The company’s shares fell on Monday, extending a decline that erased 85% of its share price during three trades. Wirecard ended the day with a market value of 1.7 billion euros ($ 1.9 billion).

Wirecard is struggling to keep creditors and this is a task that could be complicated by the arrest of the former CEO. The company said late Friday that it had hired investment bank Houlihan Lokey to devise a new financing strategy.

The implosion follows a tumultuous 18 months for the company, which is highlighted by allegations of fraud, short-seller attacks and issues related to its accounting practices.

The success story began to unravel in January 2019, when the Financial Times reported that Wirecard had forged and returned contracts in a series of suspicious transactions in Singapore. The company denied the report, which was compiled with the help of a whistle, but the shares impoverished. In February 2019, authorities in Singapore said they would launch an investigation.

Another blow came late last year, when FT released a report and company documents suggesting that profits and sales were inflated at Wirecard branches in Dubai and Ireland. Wirecard again denied the allegations. But an KPMG investigation released in April found that the company did not provide enough information to fully explain the problems raised by the FT.

Brown reported to prosecutors Monday night after a warrant was issued for his arrest. According to prosecutors, the judge will decide later on Tuesday whether to remain in custody. The former CEO explained the dismissal decision last week in a letter to employees and shareholders.

“Capital market confidence in the company I have run for 18 years has been deeply shaken … I respect the fact that the CEO is responsible for all business transactions,” Brown said.

– Mark Thompson participated in the reporting.