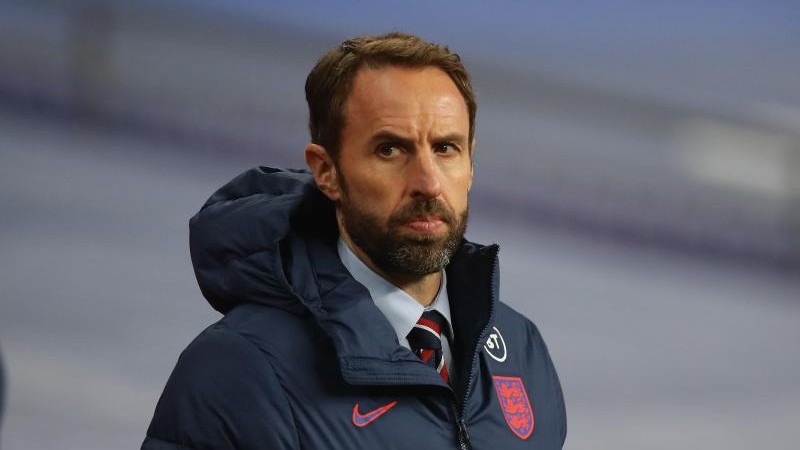 Team: What could be greater for the English than becoming European champions in their own country? not much. Which is why the final at Wembley is the obvious target for Gareth Southgate’s side. The English are drawn from a huge pool of experienced and talented actors, the second group also includes Jadon Sancho and Jude Bellingham from Dortmund. If there is a weakness, it is more defensive. In attack, the British are not only in a good position because of star striker Harry Kane.

Coach: Gareth Southgate has been coaching English since September 2016. Initially, the former professional was intended to be only a temporary solution, but only a few weeks after being hired, he was hired on a permanent basis. And confidence was given: at the 2018 World Cup in Russia, Southgate led the Three Lions to the semi-finals. The 50-year-old was then voted British Coach of the Year.

Stars: The greatest hopes rest on Captain Harry Kane, who is set to be the head of the storm. He is free to choose the top-tier Southgate players who will perform alongside him: be it Raheem Sterling, Phil Foden, Mason Mount or Dortmund’s Sancho – each of these professionals has already demonstrated their skills at a high international level.

Did you know that despite all the tradition and a long list of high-ranking players from past and present, the English have won only one major title: the 1966 World Cup. The greatest success in FA history was also celebrated at Wembley that should give the stadium encouragement for the European Championship. Because the final on July 11 will also take place in London.

Team: As vice world champion, Croatia is at least one of the candidates for the European Championship. But the Croats have to dispense with two of their former key players: Mario Mandzukic and Ivan Rakitic have since resigned. However, the attack around Luka Modric, Andrej Kramaric or Ivan Perisic remains the highlight. In Defense Network, on the other hand, there is a lack of high quality. Dejan Lovren continues to be one of the most prominent actors here.

Coach: Zlatko Dalic has been coaching the Croats since the fall of 2017. The 54-year-old led the team to the runner-up in the world championships. But the European Championship will also be his benchmark: does he keep the team on the right track?

Stars: The 35-year-old Modric (Real Madrid) is still officiating. Together with Marcelo Brozovic (Inter Milan) and Mateo Kovacic (FC Chelsea), he elevates the Croatian midfield to the highest international level. And in the attack? Kramaric (TSG Hoffenheim) and Perisic (Inter Milan) are among the most notable players there.

Already know? The World Championship runner-up in Russia was the greatest success of his career so far for Dalic. The previous Vita does not read anything but dazzling. Before becoming a national coach, Dalic coached clubs such as NK Slaven Belupo and Dinamo Tirana, among others. During his time at Al Ain Club in the United Arab Emirates, he won several titles.

Team: The current team has little to do with some of the great Czech teams of the past. Even reaching the round of 16 will be a success for the Czech Republic in light of the difficult group with England and Croatia. Hopes remain on Bayer Leverkusen striker Patrik Schick or midfield strategist Tomas Suczyk.

Coach: Does the name Jaroslav Selha mean to you? Mostly not. The 59-year-old has been coaching the Czech national team since 2018. Silhavu has spent his entire career playing and coaching in his home country. His greatest successes: two Czech championships in 2003 and 2005 as assistant coach of Sparta Prague.

Stars: Captain Vladimir Derrida from German club Hertha. Alongside him in midfield, Soucek of English club West Ham United is the most valuable Czech player. And up front, the elegant Leverkusen should provide the goals.

Already know? In the 1990s and also at the beginning of the following millennium, the Czechs were among the best teams in Europe. At the 1996 European Championships, the golden goal of Oliver Bierhoff ended only in the final against Germany. At Euro 2004, Czech stars around Petr Cech, Karel Boborsky, Tomas Rosicky, Pavel Nedved, Jan Koller and Milan Barros failed in the semi-finals in what would later become European champions.

The team: Scotland had to wait a long time for the return of the European Championship. After the group stage in 1992, the Brits were only there in 1996, and both times ended after the group stage. At Euro 1996, Craig Brown’s team was close to the knockout stage, but the Dutch were ahead of England due to more goals being scored. The last major tournament was the 1998 World Cup in France.

Coach: Steve Clark has been the national coach since 2019 and has a three-year contract. During his time as an assistant coach at Chelsea FC, the longtime Blues professional worked under starting coach Jose Mourinho. Clarke and his team are not based in Scotland, but in the North East of England at the Middlesbrough FC training facility.

Stars: Liverpool left-back Andrew Robertson is the captain of the Bravehearts. John McGinn of Aston Villa is an important midfield pacemaker. Australian-born striker Lyndon Dykes joined the squad late and has only made ten international appearances, but has impressed him with goalscoring and physical presence. He did meet against Scotland’s top opponents the Czech Republic in the Nations League in September 2020. Kieran Tierney (Arsenal) and Scott McTominay (Manchester United) are important pillars.

Already know? The Scots presented themselves in the qualifiers as true connoisseurs of penalty shootouts. In the semi-finals against Israel and in the final against Serbia they could not be defeated from the point. They transferred all ten penalties. Thanks to David Marshall’s motorcade, they then purchased an EM ticket.