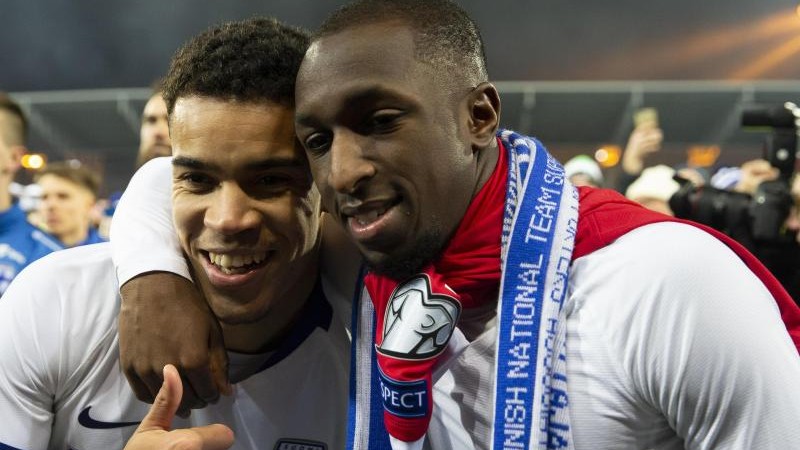 Helsinki (AFP) – Finnish national footballer Glenn Kamara described his experiences with racism in sports, especially with racism in daily life, a few days before the start of the European Football Championship.

“This is a difficult topic because some people will never experience racism in their lives. They will never know what it is like,” the 25-year-old, whose parents are from Sierra Leone, said on the Finnish podcast “Pallokerho.”

Camara complains of being underestimated

As a Glasgow Rangers player, Kamara was racially abused by opponent Ondrij Kudila during a Europa League match against Slavia Prague in March. UEFA then banned Kudela for ten international matches, and Camara was later prosecuted for assaulting another player. But in retrospect, the Finn is mainly complaining about the Czech player and his club’s attempts to belittle or deny the insult. “If I could change something, I would,” Camara said. “But I’m afraid we won’t see any major changes in our lives on the subject of racism.”

The midfielder was born in Finland and is one of the most popular football professionals there, along with Lukas Hradecky from Bayer Leverkusen and former Schalke Teemu Pukki from Norwich City. For the first time, his country will participate in a major football tournament starting on Saturday and will face Denmark, Russia and Belgium in the preliminary round of the European Championship.

Camara describes the experiences with everyday racism he had during his childhood as particularly painful. “When someone sees me on the sidewalk and crosses the street. Or I go into a store and suddenly the security guard is looking for me all the time,” Camara said. “This is my spiral that needs to be broken.”