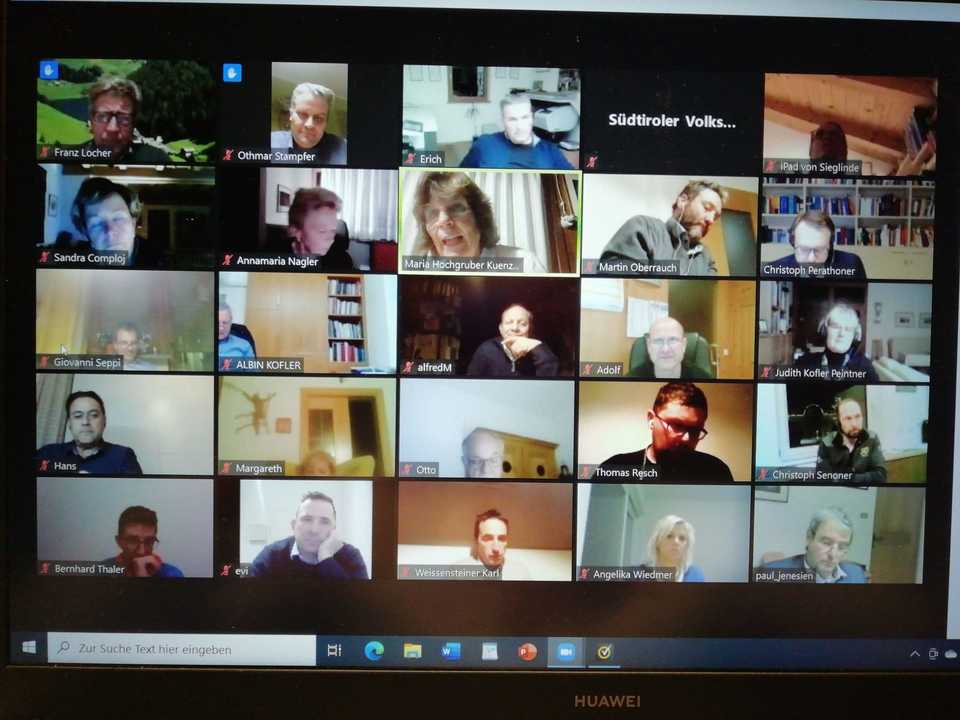 Bolzano – “The information is still urgently needed,” says the district president, Christoph Bratuner, who describes regional law on space and landscapes as one of the “most important normative tools for every municipal administration”. In terms of implementation, there is often still a great deal of uncertainty: “open points can be illustrated step-by-step by mutual exchange”. Recently, an online conference was held on his initiative, attended by about a hundred Senior Vice Presidents and officials from the Bolzano region of the city and the country concerned.

At the online conference, Maria Kuenzer, as the regional advisor in charge of SVP, explained the guidelines for the new law on space and landscapes, the recent application of which has caused some uncertainty, especially in municipalities. “It must now prove itself in practice,” said Albin Kofler, Chair of the Mayors’ Conference, Senior Vice President, Karnid Mayor and Head of the Saltine-Schlieren District Community. It is hoped that the legislature is ready to improve some unclear points in the course of the next few months’ experience: “After all, we all work for the people. For these people, the new law on space and landscapes should be clear, understandable and non-bureaucratic.”

“The new law is a huge challenge for urban areas – and it is also an opportunity,” said Leever’s deputy mayor, Giovanni Sibi, who also works as a technician for Bolzano. The biggest problem at the moment is the implementation and handling of procedures via the SUE / ESB digital counter. “Fortunately, other important issues will soon find a solution by amending existing regulations: for example, the technical scale of removing architectural barriers (external elevators) and adapting to fire protection systems.” Soon solve for distances and dimensions. “All this encourages the renovation of the existing building and prevents the consumption of valuable cultural land.”

READ  NASA: Asteroid the size of a CAR flew less than 1,830 miles past Earth this weekend

“In my opinion, it would be important to establish the legal basis again in order to realize the winter gardens according to the guidelines of the Old Spatial Planning Law” without using cubism, said Paul Lintenner, Mayor of Reiten. With regard to reducing the distance to public roads, he hopes to reach an agreement “so that it will be approved by the municipalities as before.” It is important that the executive provisions for the quantitative and qualitative expansion of housing facilities be passed quickly. Christoph Berathoner, SVP District Head, called for a targeted media campaign to inform residents about various innovations, but also to relieve newly established service points and building authorities in communities: “Otherwise, they will be paralyzed by an avalanche of inquiries.”

The online conference was mainly targeting mayors and elected speakers; But many of the Vice President’s employees also showed great interest in the matter. After asking many questions and providing many answers, it was agreed that the topic would continue to be intensively discussed. “I am sure we can master this challenge together,” confirms Christoph Berathoner, SVP Regional Head.