First Moon Samples Over 40 Years Back to Earth | world News 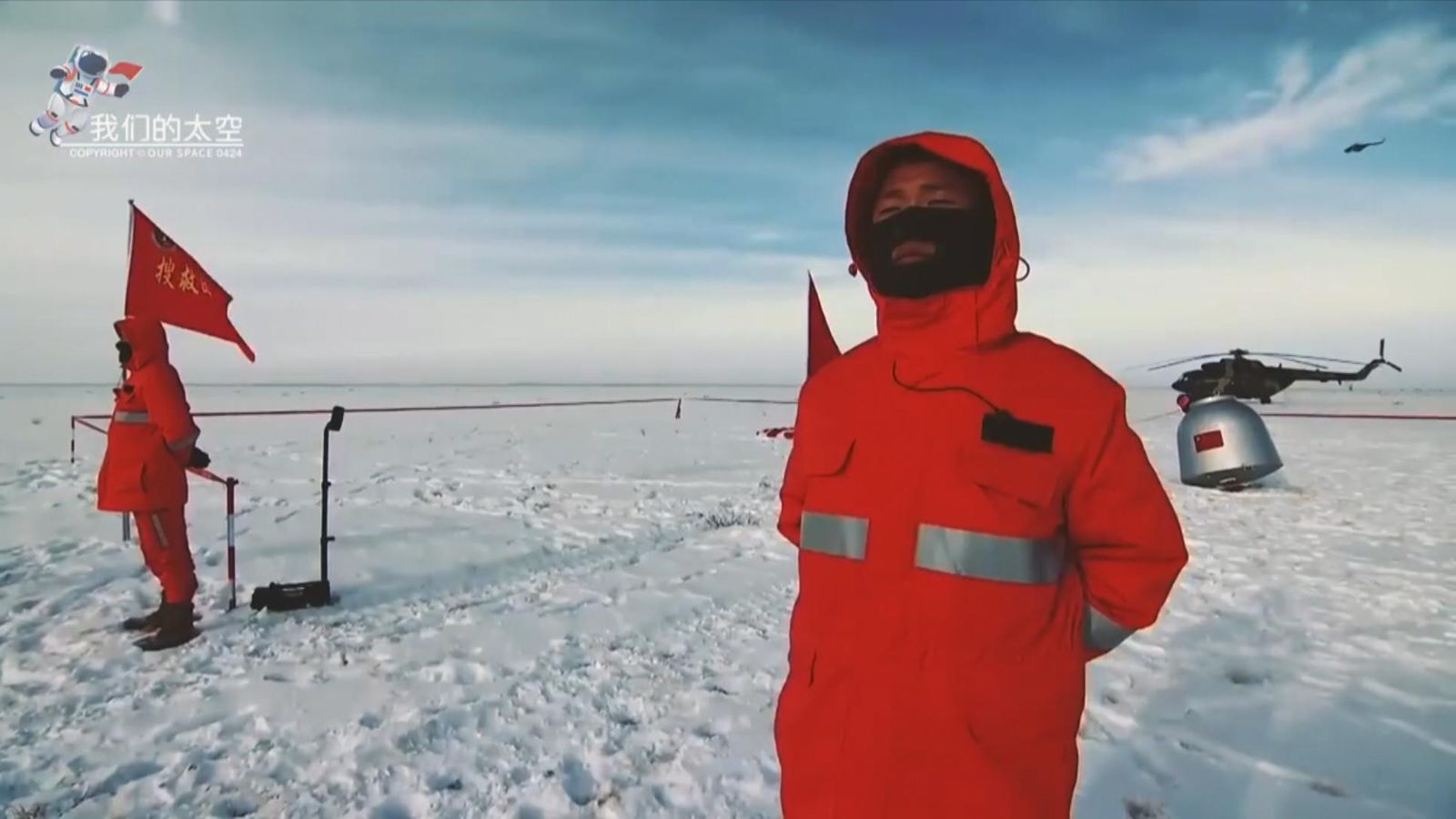 A Chinese lunar spacecraft capsule has returned to Earth with the first new samples of rock and debris from the moon in more than 40 years.

The newly collected rocks are thought to be billions of years younger than those obtained in the earlier United States and the former Soviet Union, providing new insights into the history of the moon and other bodies in the solar system.

It comes from a part of the moon known as Oceanus Procellarum, or Ocean of Storms, near a site called Mons Rumker that is believed to have been volcanic in ancient times.

As with the 382 kg of lunar samples returned by American astronauts from 1969 to 1972, they will be analyzed for age and composition and are expected to be shared with other countries.

The age of the samples will help bridge a gap in knowledge about the history of the Moon between roughly 1 billion and 3 billion years ago.

The capsule of the Chang’e 5 probe landed in Sizhuang District of Inner Mongolia Region on Wednesday.

It had earlier detached from its orbital module and caused a reverberation from Earth’s atmosphere to slow down before it passed through and floated on parachutes.

Two of the four Chang’e 5 modules were placed on the moon on December 1 and collected about 2 kg of samples by pulling them from the surface, and by drilling two meters into the lunar crust.

The samples were deposited in an airtight container and transported to the return unit by the boarding vehicle.

The successful mission was the latest achievement of China’s increasingly ambitious space program, which includes a robotic mission to Mars and plans for a permanent space station in orbit.

Rescue crews have prepared helicopters and off-road vehicles to return home based on signals from the lunar spacecraft and locate them in the dark that shrouds the vast, snow-capped region in the far north of China, which has long been used as a landing site for the manned Chinese spaceships of Shenzhou.

The return of the spacecraft was the first time scientists had obtained new samples of lunar rocks since the robotic probe Luna 24 in the former Soviet Union in 1976.