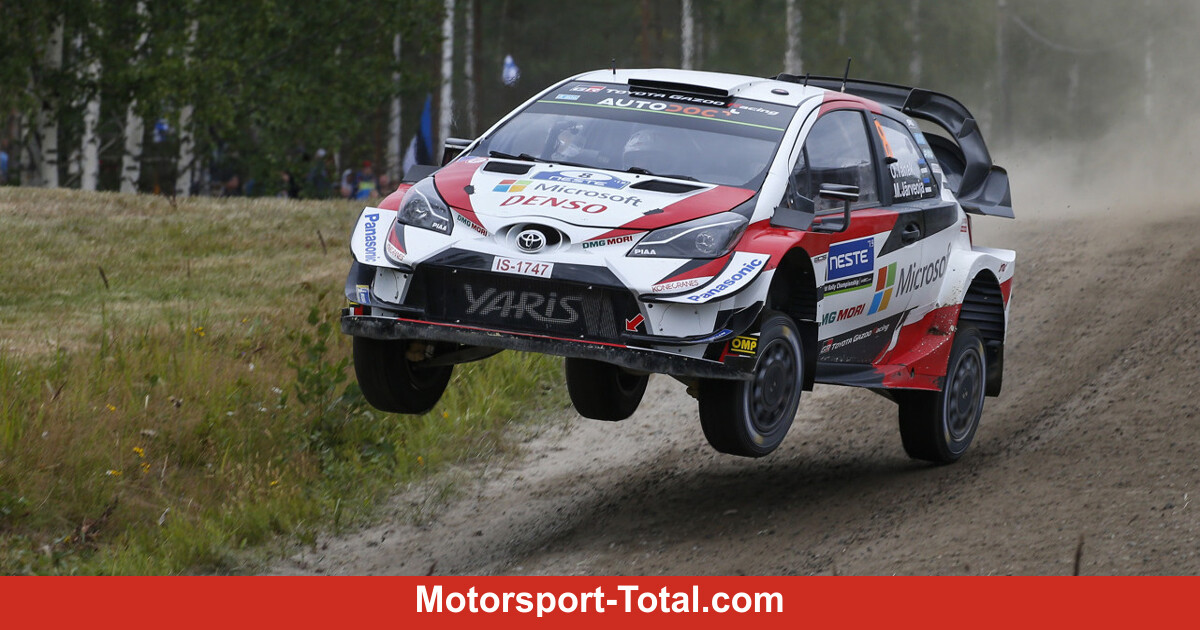 (Motorsport-Total.com) – Organizers of the Rally Finland, which will be held from October 1 to 3, as the 10th round of the World Rally Championship (WRC), presented a revised track on Thursday. This takes into account moving the gravel march from the traditional date at the end of July to October and will include two special stages at night.

Ott Tanak in the Toyota Yaris WRC at Rally Finland 2019

On Friday, the last special stage “Oittila” will begin at 19:00 local time. On Saturday, the starting pistol will be delivered at 8:00 pm. For the second round of “Harjo” spectator test. Due to the short length of the day at the beginning of October, it is already dark in Finland.

Additionally, driving activity was canceled on Thursday. The move away and the first round of the “Harjo” spectator test will take place on Friday morning. A total of 19 special stages were planned over a total distance of 287.05 km for the 70th Rally of Finland.

“We are very excited to announce the 70th anniversary route of the Rally of Finland,” says Rally Manager Kai Tarkiayanen. “It was completely designed for the new fall appointment and the team behind it has worked hard to meet all the requirements of the participants and the expectations of the fans.”

“Although we are racing for three days instead of four, we have made sure that there are as many stages and kilometers of competition as possible,” Tarkiayanen continued. “As it is every year, we made some changes to the track to keep things fresh and fun.” In total, only three special stages remained unchanged compared to the previous event in 2019.

The rally has been postponed to October due to the COVID-19 pandemic, as the organizers consider the admission of bystanders the most likely. “Holding the event without fans is not an option for us,” said Tarkiaainen.

“We are all confident that the continuation of the vaccination program and any other steps that are taken will ensure that the march continues as planned.”