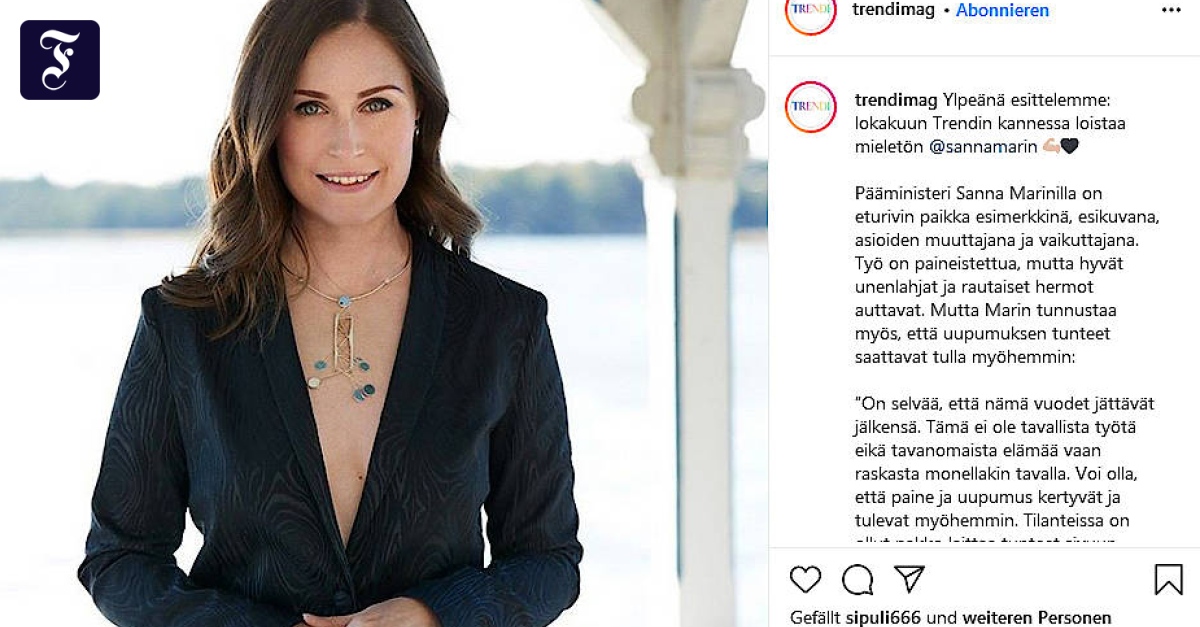 DrFinnish Prime Minister Sana Marin joined the group of illustrious women in managerial positions who sparked discussions with a photograph.

Critics of the fashion photo shoot complained that the photo was unprofessional and inappropriate for a woman on Marin. It shows how the 34-year-old Finnish woman, wearing a necklace and jacket without a visible head, stands smiling in front of a lake. The Prime Minister immediately received support from many users who posted pictures of themselves on Instagram and Twitter without clothes under a jacket or jacket – not just women, but men too.

Supporters of Marin have criticized the fact that, unlike men, women are still judged by their appearance rather than their location. For comparison, they cited shirtless pictures of Russian President Vladimir Putin and other male politicians. Finnish fashion magazine Trendi posted a photo of Marin on Instagram last weekend.

READ  The 49ers may regret Dante Betis' release, even if they see him as a lost cause