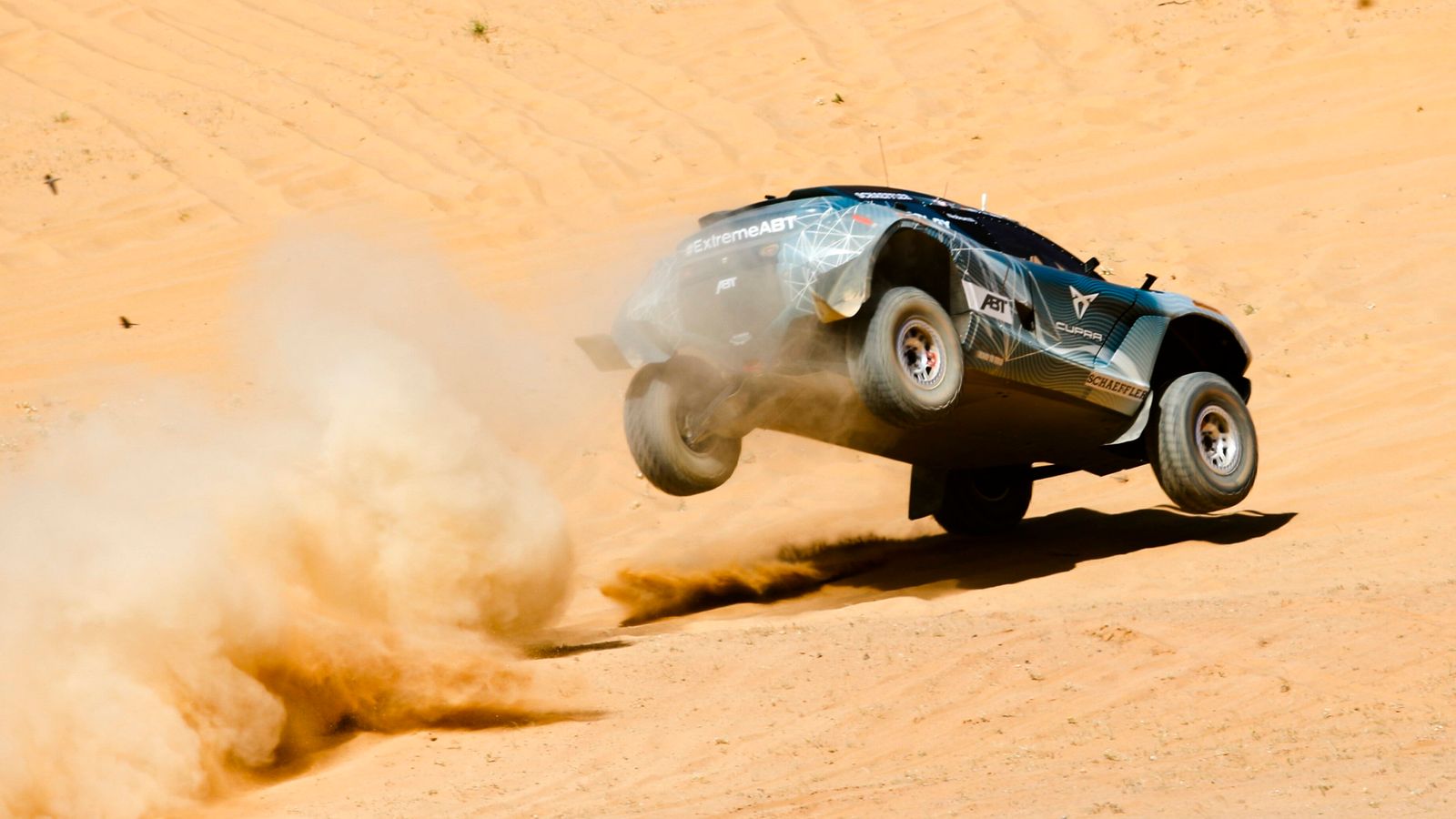 The new Extreme E series of racing in the Saudi desert of Al-Ula begins with enormous shock to Claudia Hortgen.

The Aachen contestant, who has been tried and tested in several racing series, survived a stunning coup with the Abt Cobra XE unharmed except for a painful bite in her tongue. The ABT team said, “Claudia is fine. She was available the whole time, but she couldn’t answer because the radio was down.”

Hortgen’s car lost its traction on a long right curve and rolled several times. “I might have hit a stone,” said Hortgen, who managed to free herself from the wreck.

However, she could only watch the second qualifier on Saturday afternoon (live on ProSieben Maxx and ran.de) as a spectator. “Today it will not run anymore,” said Mark Schneider, a spokesman for ABT.

For a long time, the desert qualifiers were a duel between Formula 1 world champion Lewis Hamilton and Nico Rosberg, both of whom initially had two teams. In the end, drivers Johan Kristofferson (Sweden) and Molly Taylor (Australia) in Rosberg finished third, and the best combined time from two rounds of qualifying was decided by nine-time world rally champion Sebastian Loeb (France) and Christina Gutierrez (Spain), who worked Hamilton’s X44 on their way.