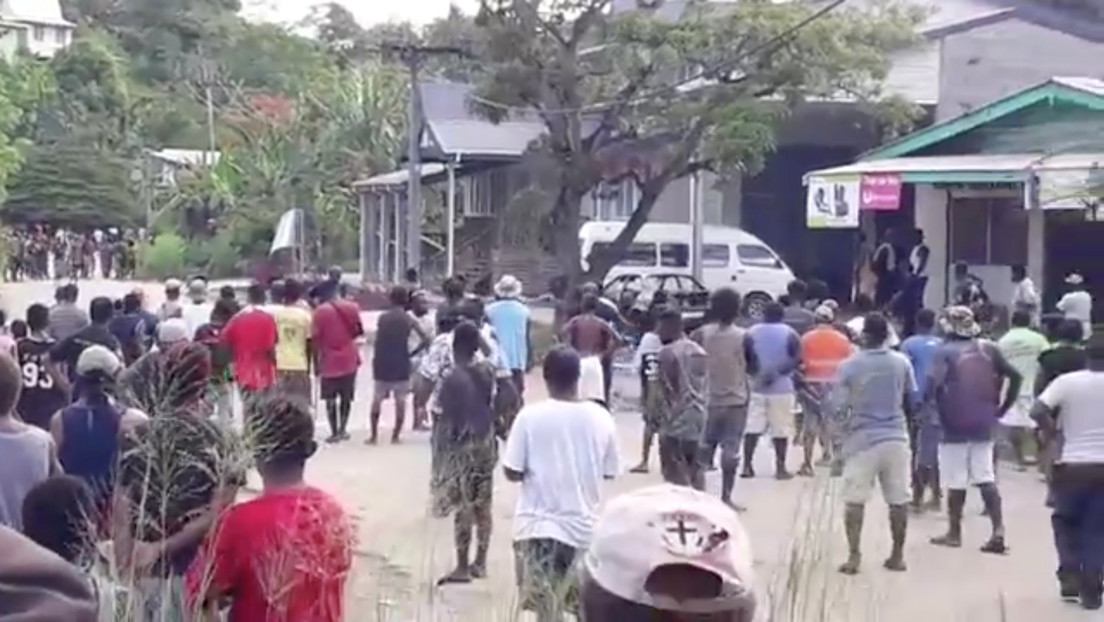 For his part, the islands’ prime minister, Manasseh Sogavari, confirmed that the demonstrations were promoted by third countries.

Australian Prime Minister Scott Morrison announced Thursday that a detachment of about 75 federal police officers, 43 soldiers and at least five diplomats is heading to the Solomon Islands. To provide stability and security and helping local authorities quell the massive anti-China protests that erupted this week in the island nation.

Morrison pointed out “It is in no way the intention of the Australian government to interfere in the internal affairs of the Solomon Islands,” he said at a news conference, adding that the deployment “does not indicate any position on the internal problems” of that country.

Most of the protesters come from the most populous province, MalaitaMany people disagree with the decision the government made in 2019 Termination of diplomatic relations with Taiwan and establishing official relations with China.

The islands’ prime minister, Manasseh Sogavari, announced on Wednesday a 36-hour lockdown in the capital, Honiara, and denounced the promotion of protests by third countries.

“I feel sorry for my people in Malaita, because It feeds on false and premeditated lies“, She said Sugavari. He stressed that “these countries that now affect Malaita are the countries that do not want relations with the People’s Republic of China, and they discourage Solomon Islands from entering into diplomatic relations and complying with international law and the resolution of the United Nations.”