Events and photos.. An earthquake causes panic in Melbourne, Australia 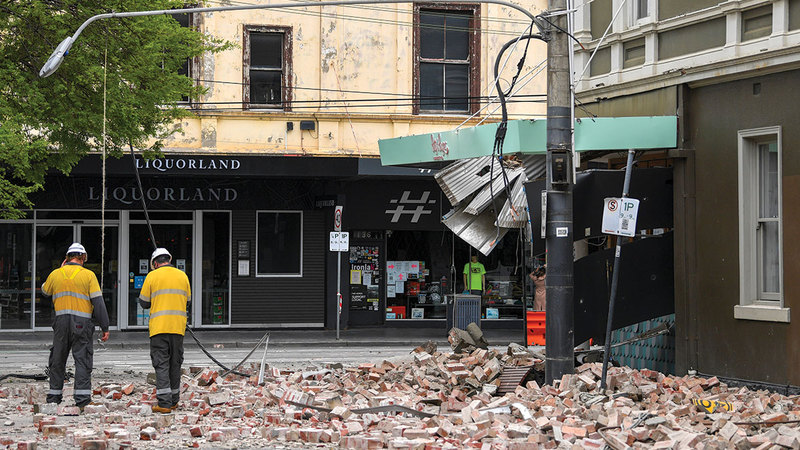 A 5.9-magnitude earthquake struck southeastern Australia on Wednesday, causing buildings to shake in the country’s second largest city, Melbourne. The US Geological Survey said that the epicenter of the earthquake was located at a depth of only 10 kilometers from the surface of the earth, noting that it occurred shortly after 9:00 local time (Tuesday 23:00 GMT) and that residents hundreds of kilometers away felt it.

Rescue services announced that they had received distress calls from far away, as far as the city of Dubbo, about 700 kilometers from the epicenter. The US Geological Survey initially estimated the quake’s strength at 5.8, before adjusting it to 5.9. The majority of Melbourne residents, who have been in isolation for eight weeks, were at home when the earthquake struck. And spread on social media, scenes of terrified residents leaving their homes. One of them, Zumi Beam, 33, a Melbourne cafe owner, told AFP: “The whole building was shaking, all the windows as well as if it was a series of tremors.”

• Rescue services announced that they had received distress calls from distant areas, all the way to the city of Dobo.

See also  Due to French support, Dabaiba asks the Electoral Commission to communicate with the government only