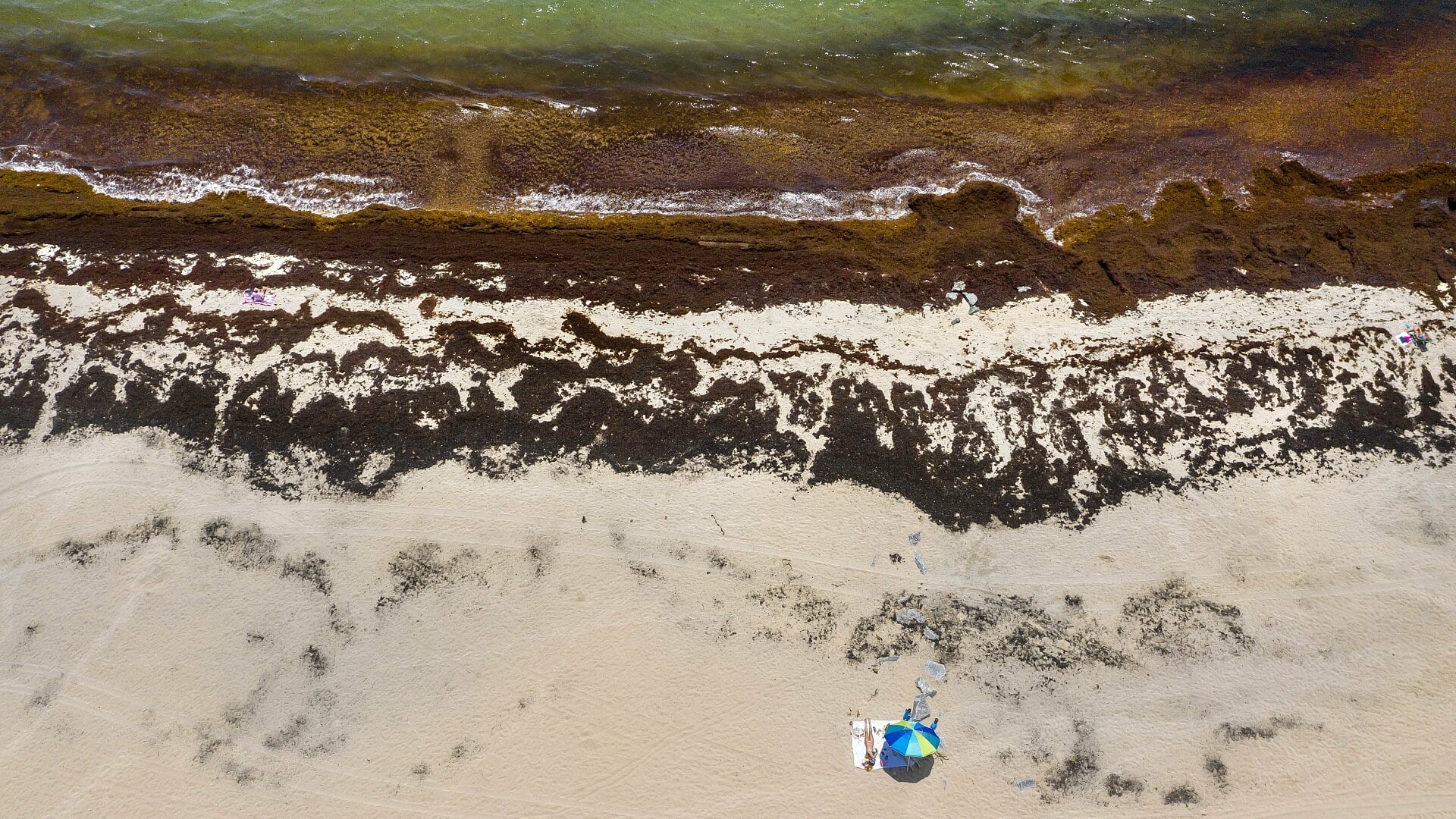 Algae absorb carbon dioxide from the atmosphere. So far, so good. However, contrary to what many scientists previously suspected, large man-made algae farms in the ocean may not help slow climate change. This has a team Reported in Nature Communications.

To ensure global warming stays below 2 ° C, it is important to reduce carbon dioxide emissions as quickly as possible. Additionally, it is estimated that by 2100 humans should have 100 to 900 gigatons of carbon dioxide (CO2).2) From the atmosphere. One of the many approaches that has come into question so far: ocean afforestation with the help of open ocean algae farming. Some researchers see it as an essential ingredient. However, it is doubtful whether this actually works.

To test the potential impact of algae farms on the climate, the Lennart Bach group of the University of Tasmania in Hobart, Australia, analyzed a natural analogue: the Great Atlantic Sargassum Belt, a huge floating carpet of algae in the North Atlantic Ocean. Christopher Columbus first described seaweed mats in the central North Atlantic in the 15th century. The seaweed belt has been getting thicker and longer for a number of years. What stretches from West Africa across the Caribbean Sea to the Gulf of Mexico, It is currently the largest seaweed field in the world.

The team estimated the belt’s carbon uptake during a major boom period in 2017 and 2018 and considered the indirect biological effects. For example, phytoplankton replaced by Venus reduced its carbon absorption, and microscopic animals associated with algae increased carbon dioxide.2-Release.

These impacts could offset 20 to 100 percent of the 810,000 tons of carbon emitted from SargsumPlum has accumulated. At least that’s what the team math suggests. One can bright, too SargsumThe belts, according to the group, affect the climate by reflecting large amounts of solar radiation into space and releasing organic matter into the atmosphere, which increases cloud cover.

The extent of these impacts is uncertain and raises questions about algae cultivation as a strategy for influencing climate. (ASW)