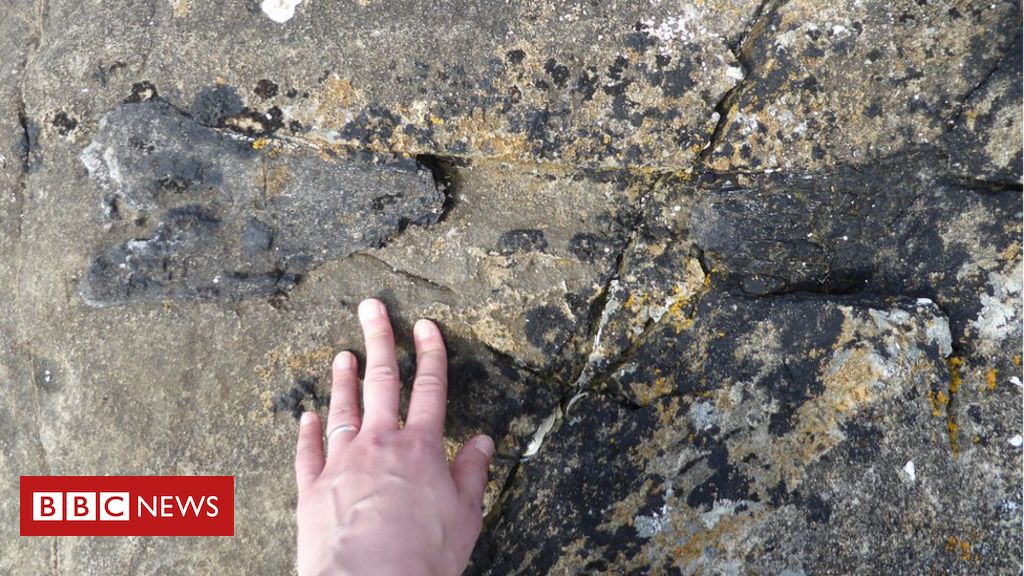 A scientist has found out a 166 million-yr-previous dinosaur fossil though jogging alongside the shore of a little Scottish island.

Dr Elsa Panciroli was operating to meet up with her palaeontology study group on Eigg when she designed the discovery.

In Scotland, dinosaur bone fossils had only beforehand been located on the Isle of Skye.

The limb bone is about 50cm (19in) very long and considered to belong to a stegosaurian dinosaur, like the stegosaurus.

Experts have been exploring for dinosaur fossils on the island for about 200 a long time. Beforehand the only fossils found on Eigg had been of marine reptiles and fish.

Dr Panciroli said the exploration staff was wanting for these fossils and had not expected to discover proof of a dinosaur.

Her discovery has been dated to the Middle Jurassic time period.

Dr Panciroli, who performs at Nationwide Museums Scotland, stated: “It was a little bit of a serendipitous discovery.

“It was the in close proximity to the close of the working day and I was functioning to capture up with the rest of the customers of the crew, who ended up pretty significantly away.

“I realised I experienced run about anything that did not glance proper. It was not clear precisely what sort of animal it belonged to at the time, but there was no doubt it was a dinosaur bone.”

She said it was “hugely significant” come across, incorporating: “Globally, Center Jurassic fossils are uncommon and till now the only dinosaur fossils identified in Scotland had been on the Isle of Skye.

“This bone is 166 million several years outdated and delivers us with evidence that stegosaurs were being living in Scotland at this time.”

Dr Steve Brusatte, a palaeontologist at the College of Edinburgh, said: “Elsa’s discovery of this bone is seriously amazing.

“This fossil is added evidence that plate-backed stegosaurs utilised to roam Scotland, which corroborates footprints from the Isle of Skye that we recognized as staying made by a stegosaur.”

The bone is now in the collections of National Museums Scotland in Edinburgh.