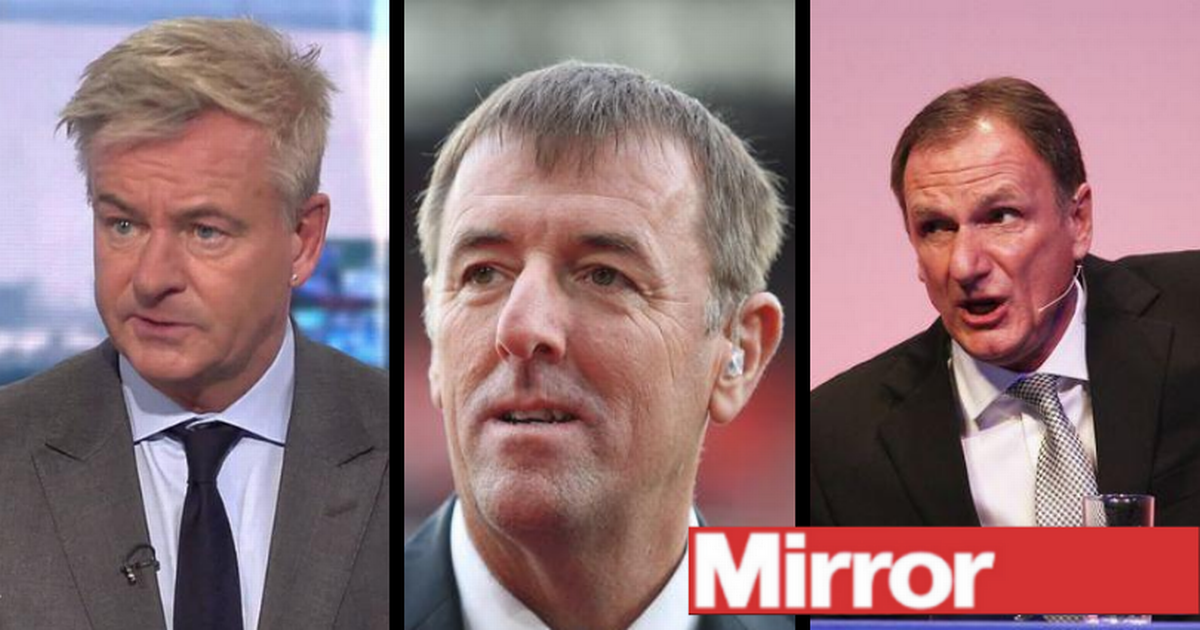 The TV company have been cutting staff numbers recently, and the three pundits were sacked on Tuesday.

Between them the three former footballers have clocked up almost 50 years service, and were thought to be popular members of the team on the show.

Le Tissier had come under fire recently for sharing his thoughts on coronavirus and the government response on social media in recent weeks.

He urged fans to “look beyond the headlines and government propaganda” in a lengthy post on Twitter.

There was also controversy after he wore a Black Lives Matter badge on air despite claiming on social media that he did not necessarily agree with the movement.

And he also insisted that Sky allowed him to ditch a tie for the shows he worked on, despite his fellow colleagues generally choosing to wear one.

Le Tissier had a good relationship with presenter Jeff Stelling, along with his fellow pundits Nicholas and Thompson.

Le Tissier was quick to give his verdict following the news, taking to Twitter to thank fans for their support over the years.

He said: “Enjoyed my time at sky sports, time to look forward to life’s next challenge, thank you for the support down the years and special thanks to the backroom team which include @CazzaEccles @CarlyBassett @tvtrevstats amongst many others, good luck all have a lovely day.”

Nicholas, who starred for Arsenal during the 1980s, also seemed to be a hit with viewers, who delighted in his on-screen banter with Stelling.

Have Sky Sports made the correct decision? Have your say below.

Sign up for the brilliant new Mirror Football newsletter!

From the latest transfer news to the agenda-setting stories, get it all in your email inbox.

Put your email at the top of this article or follow the instructions on this link.

And former Liverpool captain Thompson, who won 16 major titles with the Reds, is the third high-profile member of the team to be given the boot.

It remains to be seen who is brought in to replace them, but it is certainly an intriguing move by Sky, with a big shake-up of the show appearing to be in the offing.

Soccer Saturday has been one of the most popular football shows in the UK for a number of years, with thousands tuning in every week to check on the latest scores from their teams.