Ecuador: – Arouz thanks the Ecuadorians who said “stop betrayal” and voted against “neoliberalism” 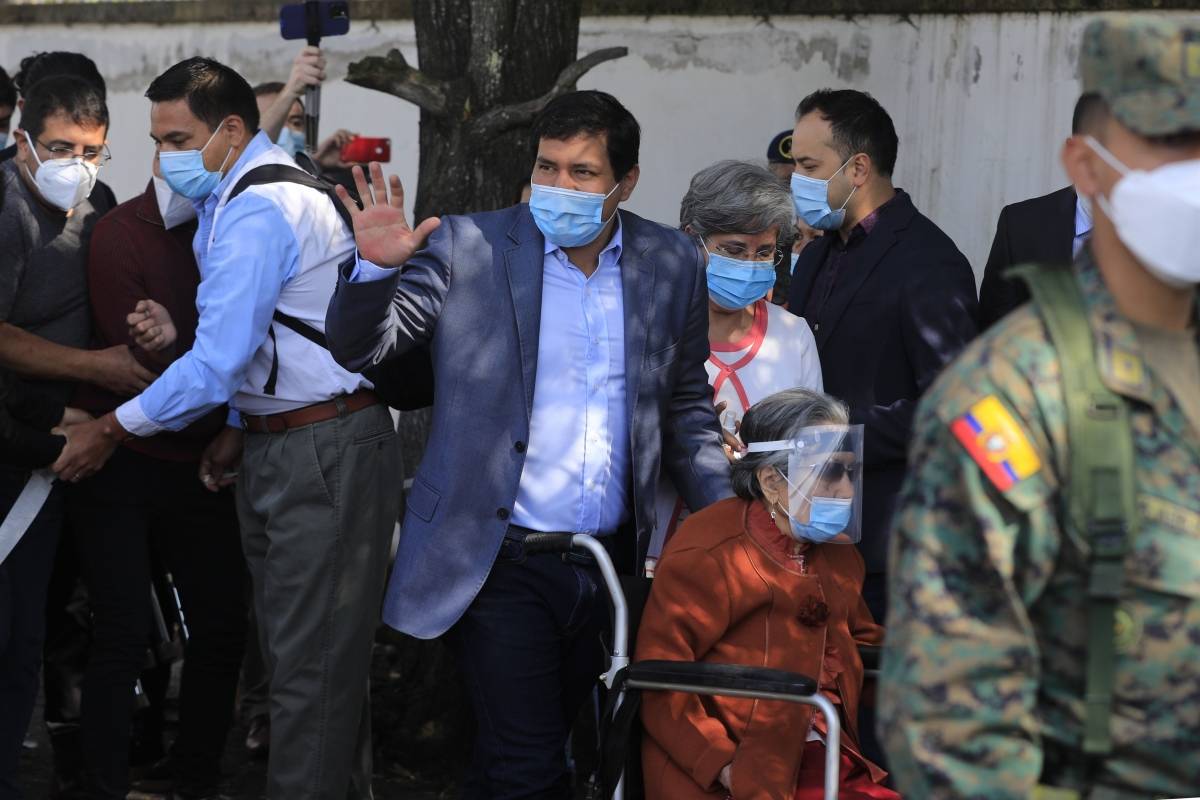 The Union for Hope (UNES) candidate for the presidency of Ecuador, Andres Arause, thanked his citizens Tuesday who went to the polls on February 7 to “say enough to betray” and to neoliberal policies, “despite the right media strategies.”

Arouz celebrated in his first appearance in front of the press after garnering 32.09 percent of the vote. “Despite all the media strategies of the right, the Ecuadorian people have said enough to betray and neoliberalism. Thanks to the citizens, we are the leading political force in the country.” In the elections.

“We are happy with the election results. About 70% of Ecuador have made choices about social justice and prosperity,” he said at a news conference broadcast by TeleSur.

“We want a clean and varied second round campaign,” Arouz stressed, after the Organization of American States (OAS) recommended that the National Electoral Council (CNE) meet with the second and third choice in terms of voting last Sunday, Yaco Perez and Guillermo Laso. Straight.

While awaiting a review of about 14 per cent of the electoral records, Arouz expects there will be a competitor for the second round scheduled for April 21, after failing to achieve 40 per cent support, the minimum to avoid going to the polls again.

Perez, who believed it was “almost impossible” not to participate in the second election battle, would have received 20.07 per cent, followed closely by the businessman and conservative candidate, Guillermo Laso, at 19.50 per cent. The official difference between the two is only 22,370 votes.

In this sense, the UNES candidate asked to wait for the responsible agencies to resolve the pending results, but with regard to them, “they prefer to participate in the second round with whomever decided by the Ecuadorian people.”

Among the issues covered by the press conference, Araouz ruled out following in the footsteps of President Lenin Moreno’s government regarding a possible central bank privatization and criticized that it is nothing more than “agreed terms” that are harmful to Ecuadorian families.

To go deeper into the economic level, the winner of the first round indicated that to implement the most urgent measures, “there are resources”, as Ecuador has at least 8000 million dollars (6600 million euros) “to be used in health matters”, and trusts that in “ Medium term “, with improved controls, it will be possible to stop tax evasion.