Djokovic made his debut in Australia – internationally 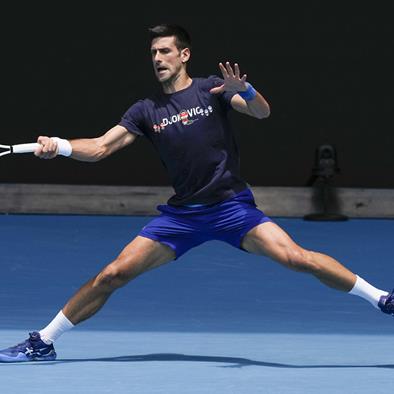 MELBOURNE – Tennis professional Novak Djokovic commented in detail on the incidents surrounding his entry into Australia for the first time on Wednesday.

The 34-year-old has primarily commented on the positive coronavirus test in December and allegations that he is still going public and thus violating regulations in his home country of Serbia.

According to Djokovic, the day before an event with children, he took a negative antigen test and, out of great caution, also did a PCR test. “I had no symptoms and felt well, and did not receive news of a positive PCR result until after the event,” he wrote.

Violation of isolation was a mistake

And the next day, he gave an interview to the French sports newspaper “L’Equipe”, after a long agreement on it. “Although I came home after the interview and went into isolation for a set amount of time, after thinking more carefully, it was a miscalculation and I realized I had to postpone this commitment,” he wrote.

Djokovic described the fact that his entry form incorrectly stated that he had not traveled within the 14 days prior to his trip to Australia as human error by his agent, which was certainly not intended.

His staff have provided the Australian authorities with further information in order to clarify this matter. It was important to him to clarify all this, but he did not comment on the events out of respect for the Australian government.

Mother: My son is not a murderer

The mother of the world number one tennis player also spoke. Dijana Djokovic called on the Australian government, on Wednesday, not to lift her son’s visa at the last minute and to allow him to play the tournament. “Don’t get rid of him,” she told Channel Seven. “He’s not a politician, he’s a tennis player. He’s not a criminal and he’s not a killer.”

Djokovic was refused entry into the country last week because he had not been vaccinated against the coronavirus and his medical exemption documents were insufficient for the authorities.

The minister’s decision is still pending

Because border officials did not give him the agreed time to clarify, the decision was overturned during a court hearing on Monday. The Australian Minister of Immigration has reserved the right to exercise his personal rights and continues to invalidate Djokovic’s visa. This decision is still pending.