Disputes – Ramstein-Meissenbach – Flights with Afghans from Ramstein in the USA: Resumption – Politics 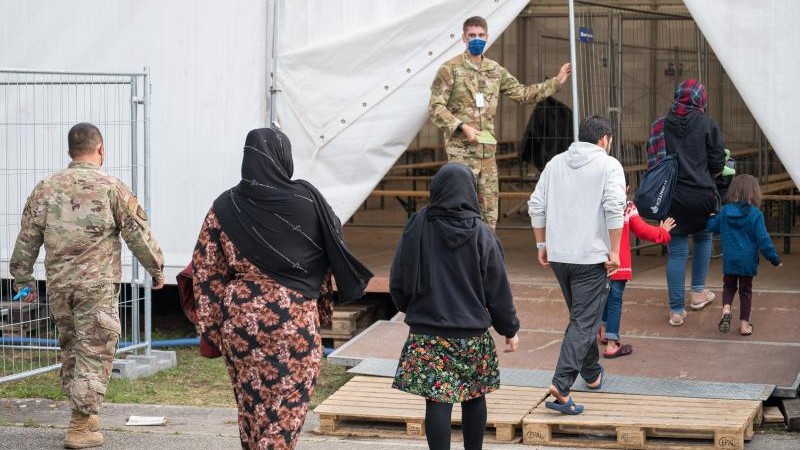 Ramstein (AFP) – Evacuation flights of several thousand Afghans from the US base in Ramstein, Palatinate, to the United States are scheduled to resume on Saturday (October 9). This was announced by the administration of the largest US air base outside America on Thursday – more than two months after the end of the airlift in Kabul.

The air base and the base in the Emirate of Qatar are the most important hubs for the subsequent flight of Afghans who were relocated by the US military after the Taliban came to power. Flights were halted at the request of US health authorities because measles was found in a small number of evacuees who arrived in the United States. This is why about 8,800 Afghans who need protection in the Palatinate have been vaccinated against it.

She said from Ramstein that work is currently underway to determine the timetable for the transfer of the remaining evacuees to the United States. About 1,000 Afghans are expected to leave the country each day over the next few days. The deadline for the last evacuees to leave has not yet been set.

A spokesman for the Federal Ministry of the Interior said Monday in Berlin that 9139 people from Afghanistan are currently residing at the US base in Ramstein and at a US military facility in Kaiserslautern.