Disconnect. – This man is skiing in the snow-covered streets of Switzerland 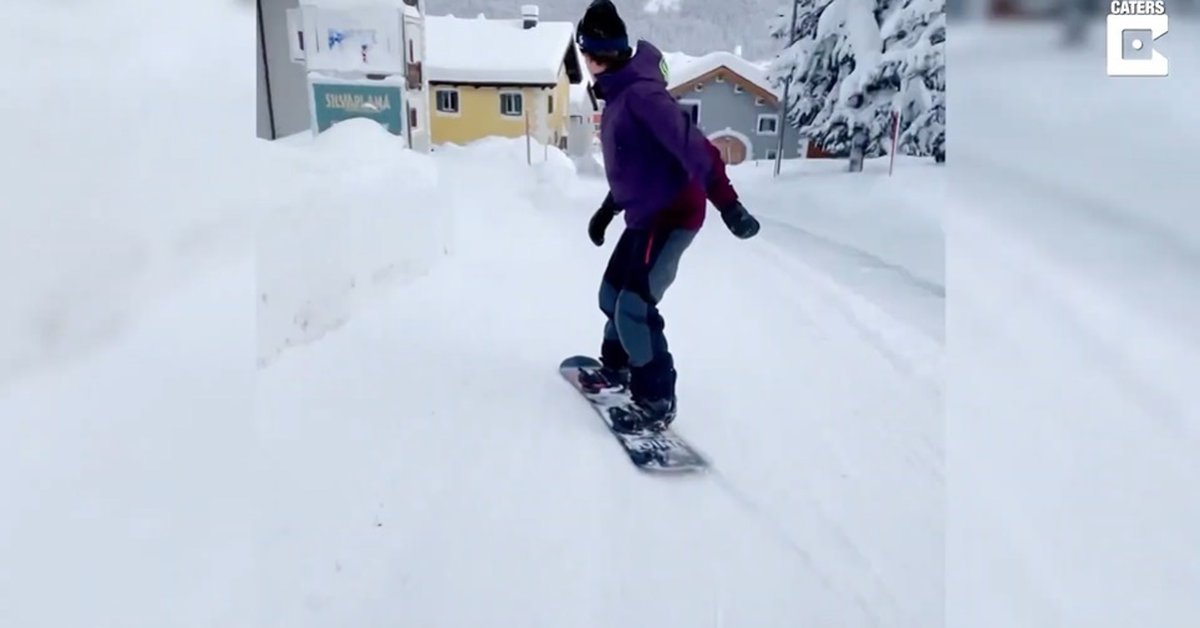 Whether you’re in a glamorous ski resort or another one available to all crowds, the Swiss Alps are where skiing and winter sports enthusiasts from all over the world dream to spend a few days.

At least, before the outbreak of the pandemic because after that, only “closed until further notice” signs can be found.

In December 2020, as activity on the Swiss ski slopes adapted to health recommendations, a snowstorm hit the country, turning many cities into true urban ski resorts.

Bendik Girdalen, a 23-year-old snowboarder from Oslo, Norway, was visiting St. Moritz in the middle of a snowstorm, and although the ski resort was closed, the young man searched for chestnuts and found his own slopes and paths in the streets of the city.

“It snowed for a week in a row and the city was covered in perfect powdery snow,” Pendik told Caters.