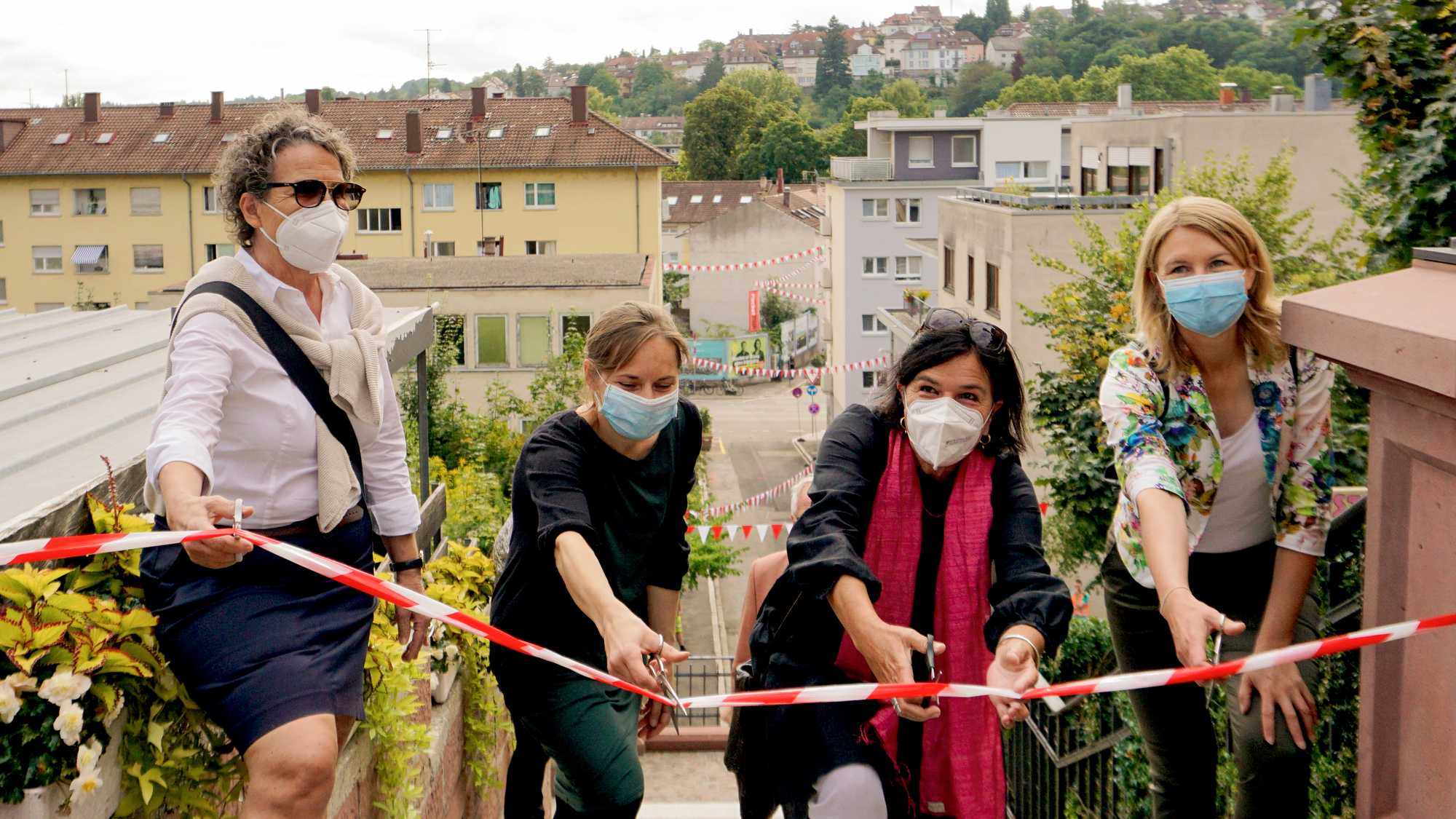 Kanalstraße transformed into “KANALe Grande” with “Pocket-Park” and Parklets. Offer tentative until mid-October.

The neighborhood between Kallhardtstrasse and Bleichstrasse has been the focus of Pforzheim’s city planners for years. Before there are challenging tasks both structurally and in terms of urban development, some pioneering actions for the regeneration of the area begin. During the summer months until October, a display will be set up here so that residents can make extensive use of the public spaces. The planning office, along with several actors, put together a color palette to revitalize the street space and refocus the cityscape and its area.

The focus is on Canal Street, which is used to its full length and becomes the “Canal Grande” with its various offerings. The focal point is the “pocket park” on the corner of Bleichstrasse and Kanalstrasse – a small green park at the “pocket size” that can be used for private meetings to relax and play. Also on Kanalstrasse, “Parklets” provide additional seating in public areas. In many cities, parks, as mobile balconies or living rooms, create meeting places for the neighborhood even in a small space and, thanks to the green spaces, are also visible landmarks and a real enrichment of street space.

Rowi-Quartiersplatz is filled with an exciting program, for example with the media shuttle to the city library, open-air screenings of the municipal cinema, dance workshops with Zumba and Jerusalem or a “long work table” for all amateurs. Urban gardening, drums and games courses, clay and pumpkin workshops, and more can be found in the plaza on the copper deck. Social representatives in this quarter also contribute their experience and skills, such as Q-print & Service or municipal cinema, to the site with several campaigns, which can also be viewed online. Until the end of the installation period, the redevelopment office will also provide various opportunities for discussion for those interested in the neighborhood and city. In addition to the shows on Kanalstrasse, there will also be a pop-up bike station on Bleichstrasse and a Davosweg corner. At a central point of bike traffic, it’s all about bike service, and the Q-print & Service team is available every Friday afternoon with help and advice.

“We are definitely going down new paths in renovating neighborhoods that did not exist before in this form in Pforzheim,” says Mayor Sibyll Schusler. “Of course we hope to get a good response from the population so that we can continue to do more shows next year.” Other regions could also benefit from these experimental measures if more green spaces and parks were installed there during the summer months, initially in the hot season to improve the microclimate.

Offers are available quarterly until October 15th. If the response is good, it should stay in place for much longer next year. For information or questions about the development of the area, Manuela Bieder and Reinhard Mayer of the Municipal Planning Office are available at 07231 39-3474 and -2285. In addition, there is less than www.pforzheim.de/qeb Information on measures. Suggestions and feedback can be sent to [email protected]