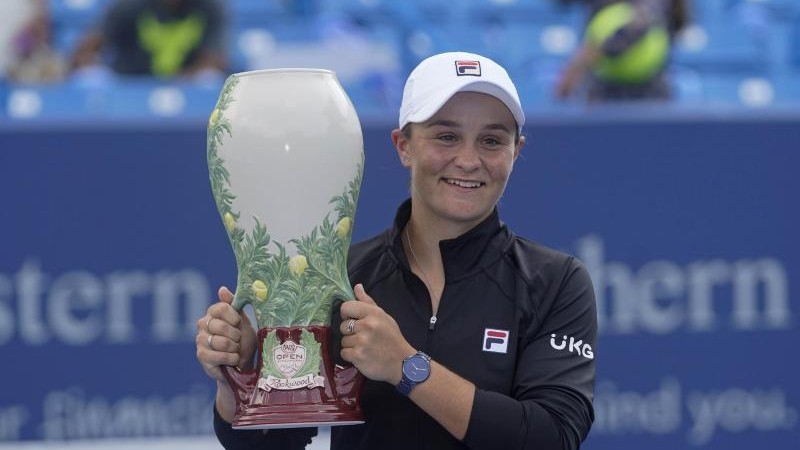 The Australian Wimbledon winner 6:3, 6:1 beat surprise qualifier Jill Tishman of Switzerland in just 71 minutes. Barty had beaten Angelique Kerber in the semi-finals and had already celebrated her fifth title of the year. Overall, this was the thirteenth championship win in her career for the 25-year-old.

World Ranking 76. Tishman came to the field thanks to a wildcard. The 24-year-old beat top-ranked competitors there such as Japan’s world number two Naomi Osaka, Olympic champion Belinda Bencic of Switzerland and Wimbledon finalist Karolina Pliskova of the Czech Republic. Teichmann will improve into the top 50 in the new world rankings.

The women’s hardcourt tournament in Cincinnati earned a good $1.8 million and the last big test before the US Open, which begins in New York in a week.