Despite China’s threats: The United States announces its political boycott of the Olympics 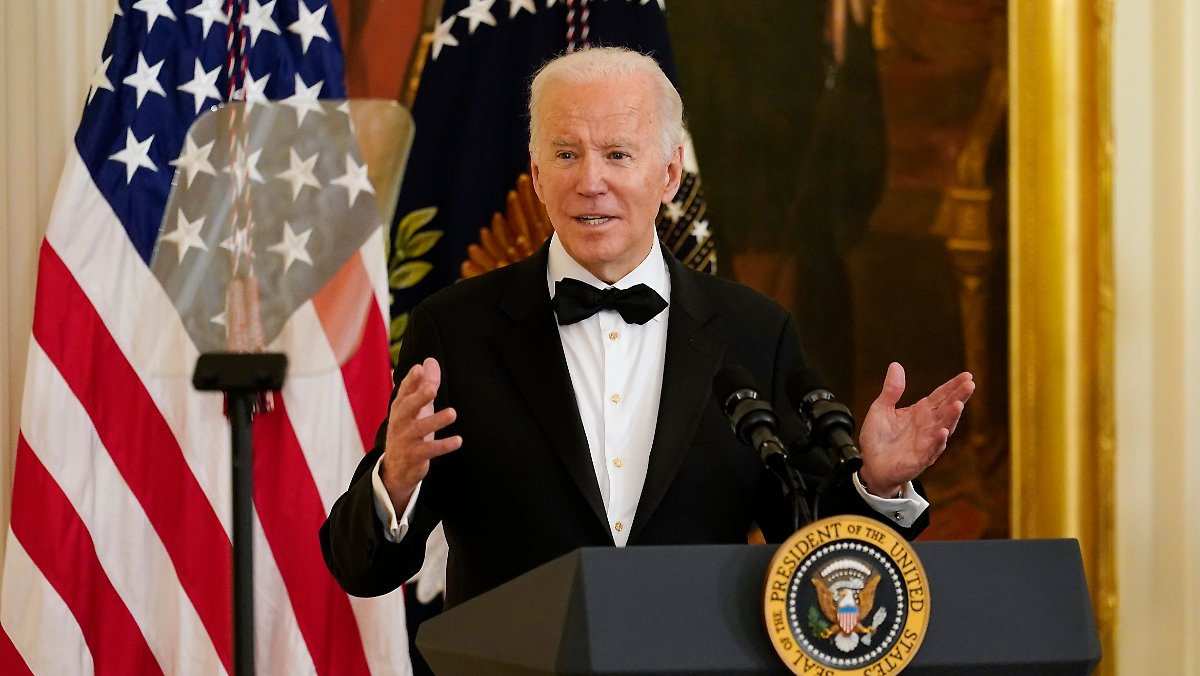 Despite threats from China

The United States announces its political boycott of the Olympic Games

The pressure builds up over months. Now it’s official: The United States announces a diplomatic boycott of the Winter Olympics in China. It has no effect on the participation of American athletes, but it does affect the relationships between the competing great powers.

The United States announced its diplomatic boycott of the Beijing Winter Olympics as a sign of its dissatisfaction with the ongoing “genocide” in the Xinjiang Autonomous Region and other human rights abuses. Neither US President Joe Biden nor any other US government official will travel to the Games in February 2022. The White House in Washington announced this. Reports regarding the upcoming boycott announcement have already caused diplomatic tensions between the two superpowers in the past few days.

White House spokeswoman Jen Psaki said the US government will encourage American athletes back home. When asked why the US government refrained from a complete boycott of the Games, Psaki said she did not want to penalize athletes who trained extensively for the Games. The government believes that the move will also send a “clear message”. Psaki emphasized that the US government informed international partners of the decision and left them to make their own decisions.

The diplomatic boycott allows American athletes to participate in the Winter Olympics, but it is a calculated contempt for America’s biggest economic rival. Pressure on the US government has been built up and supported in recent months by Democrats, Republicans and human rights activists, but also by athletes such as NBA star Enes Kanter Freedom. US President Biden had already talked about a possible boycott in November.

Recently, China threatened the United States with “decisive countermeasures” in the event of a political boycott of the Beijing Winter Olympics in February. Following reports of such considerations by Biden, Chinese Foreign Ministry spokesman Zhao Lijian responded with a sharp criticism early Monday. Even before US politicians received an invitation, the spokesman said, “they are exaggerating the boycott issue.”

“It is a mockery of the Olympic spirit, a political provocation and an attack on 1.4 billion Chinese,” Zhao Lijian told the press in Beijing. Only the Chinese and the world will see the hypocrisy and anti-Chinese nature of American politicians more clearly. China has been criticized for its human rights abuses, among other things, in its treatment of minorities such as the Uyghurs and Tibetans and the suppression of the democratic movement in Hong Kong.

German Foreign Minister-designate Annalena Barbock had also approached the boycott in an interview with TAZ last week. “When I see how the Chinese leadership deals with tennis player Peng Shuai or with the arrested citizen journalist Zhang Zhan, we must of course take a closer look at the Olympics. There are different ways for governments to deal with it in the coming weeks will certainly be discussed.”

This led to a sharp response from the new president of the German Olympic Sports Federation (DOSB). Immediately after his election last Saturday, new President Thomas Weckert recommended the Federal Secretary of State to make a better choice of her words going forward. Weckert, who did not indicate a possible diplomatic boycott, said: “Mrs. Burbock should leave the church in the village, and I’ll make it very clear. The boycott has never brought anyone anything. The athletes who have been preparing for so long now.”

See also  Tennis - After the exit against Federer: Kupfer plays in Stuttgart - Sport