Delta variable: England will tell us the truth… about vaccines and immunity 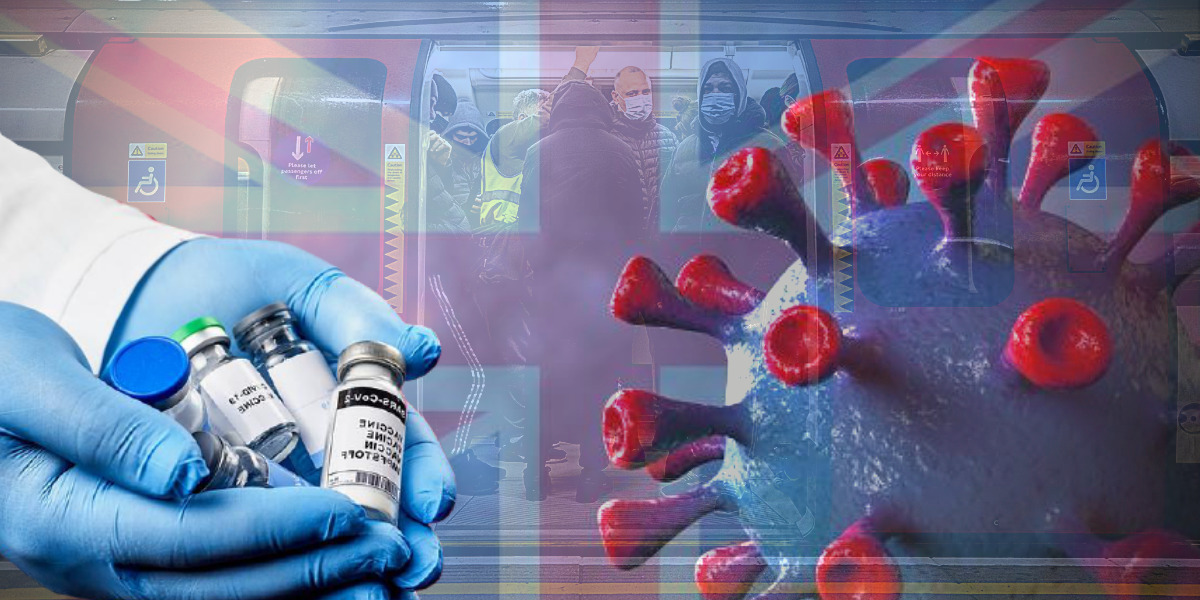 What will happen in England? Will the infection continue to decline or will it start to grow again? Are vaccines or are they ineffective against Delta? The state lifted all COVID-19 restrictions as the delta variant reached its peak. What happens next will tell us how vaccines work and especially if we will be able to eliminate the epidemic.

When the UK lifted all coronavirus restrictions during its “Freedom Day” on July 19, critics called the move an unethical experiment. Cases in the country were still on the rise in those days. Then, to almost everyone’s surprise, cases of COVID-19 started dropping. This indicates that Delta reached a normal peak in the UK in mid-July, not worthy Freedom Day, the effects of which are just beginning to appear in the data, but through another mechanism.

optimistic scenarioCases continue to decline until August as the UK vaccinates as many people as possible, which would be “very reassuring for the whole world,” says Jeffrey Barrett, director of the COVID-19 genomics initiative at the Wellcome Sanger Institute. Then he assures that we will not falter forever.”

But if the opposite happens, if cases rise such that hospitalization rates also rise to overwhelming levels, higher vaccination coverage and future restrictions may be required, especially in the fall. The situation will be worse in countries with low vaccination rates.

So everything that happens in the UK will be an example for everyone to follow. The Delta variant has dominated the UK, so its trajectory is slightly ahead of that of the US and other parts of the world. Even if the heavily vaccinated UK fails to bring the virus under control in the coming months, that means serious problems lie ahead for others. But if the UK continues on a reassuring path, the rest of the world will also have a path on how to contain the Delta, provided it rapidly increases vaccination rates among the most vulnerable.

The fact that Delta issues in the UK began to decline sooner than expected is a pleasant surprise, as well as cause for optimism. The UK is unlikely to have achieved herd immunity as 58% of its population has been fully vaccinated. But cases are still declining, and experts have pointed to several other factors that could have played a role: schools closing in the summer, weather and ” Pingdemia Many of those exposed have been asked to isolate themselves from the NHS contact tracing app. The most encouraging explanation, regarding delta containment, is that the peak was precipitated by a once-in-a-lifetime event: Euro 2020 football.

England reached the European finals on July 11. “There were just this series of nights where people would go to parties to watch football,” Barrett says. Hundreds of people crammed into small spaces, screaming and embracing. All this indicates that the Europeans were indeed a temporary shocker that allowed the delta to infect more people than it would under normal conditions; Once the tournament was over, the issues started dropping. The outbreak has not continued to spiral out of control, although the UK still has many people exposed to COVID-19, for example, He has not vaccinated anyone Baby .

Freedom Day meant the end of all legal restrictions in the UK, but not everything is back to normal yet. Many employees work from home. Schools are closed in the summer. But the next big challenge will be in early September, with school activities resuming and temperatures lowering. We just have to cross our fingers, for the sake of the British, but also for ourselves.

See also  One last chance for the self-employed to claim a £ 6,750 government grant against Coronavirus