Dave Grohl will star in a TV series (with his mom) 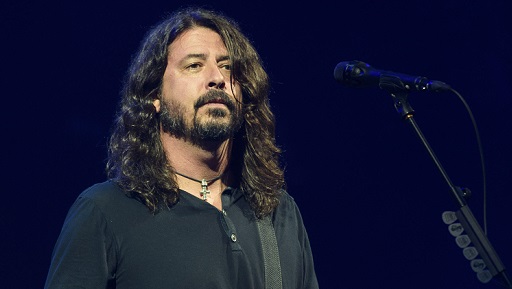 Or rather, he will have to explain himself, and perhaps tell himself how he hasn’t done it yet. He will do it for that special someone, his mother. Mrs. Virginia Hanlon Grohl, in fact, has written a book, “From cradle to stage”That will inspire TV series. This is what it is and where to see it.

The series, based on the book of the same name released in 2017, will soon arrive on television, for the time being only in the United States. The first episode will air on Paramount +, the Paramount streaming platform, on May 6, just in time for Mother’s Day. In Cradle to Stage there will also be mothers of other rock artists, to tell the beginnings in their children’s music.

This is the Instagram post in which Dave Grohl shows off the project, complete with a video in which he appears with his mom.

The series brings together conversations between the mother of the artist and some colleagues, including the band’s colleagues. The episodes also feature Imagine Dragons’ Dan Reynolds, his mother Kristen and Pharrell, his mother Caroline and Tom Morello, and his mother, Mary. After two years in the business, Cradle to Stage is ready to land on TV.

“I am delighted to contribute to my next mom project, which explores the stories of other musicians who like me were fortunate enough to be children of extraordinary women – as the leader of the Foo Fighters said in 2018. Today, Dave Grohl adds – after it was the opportunity to tell their stories. The gorgeous women always behind the scenes not only allowed me to discover the music that inspired me, but also made me appreciate the love my mum, my best friend, gave me. ”

READ  Telework and the Most Used Apps: Trends of the Past Few Months