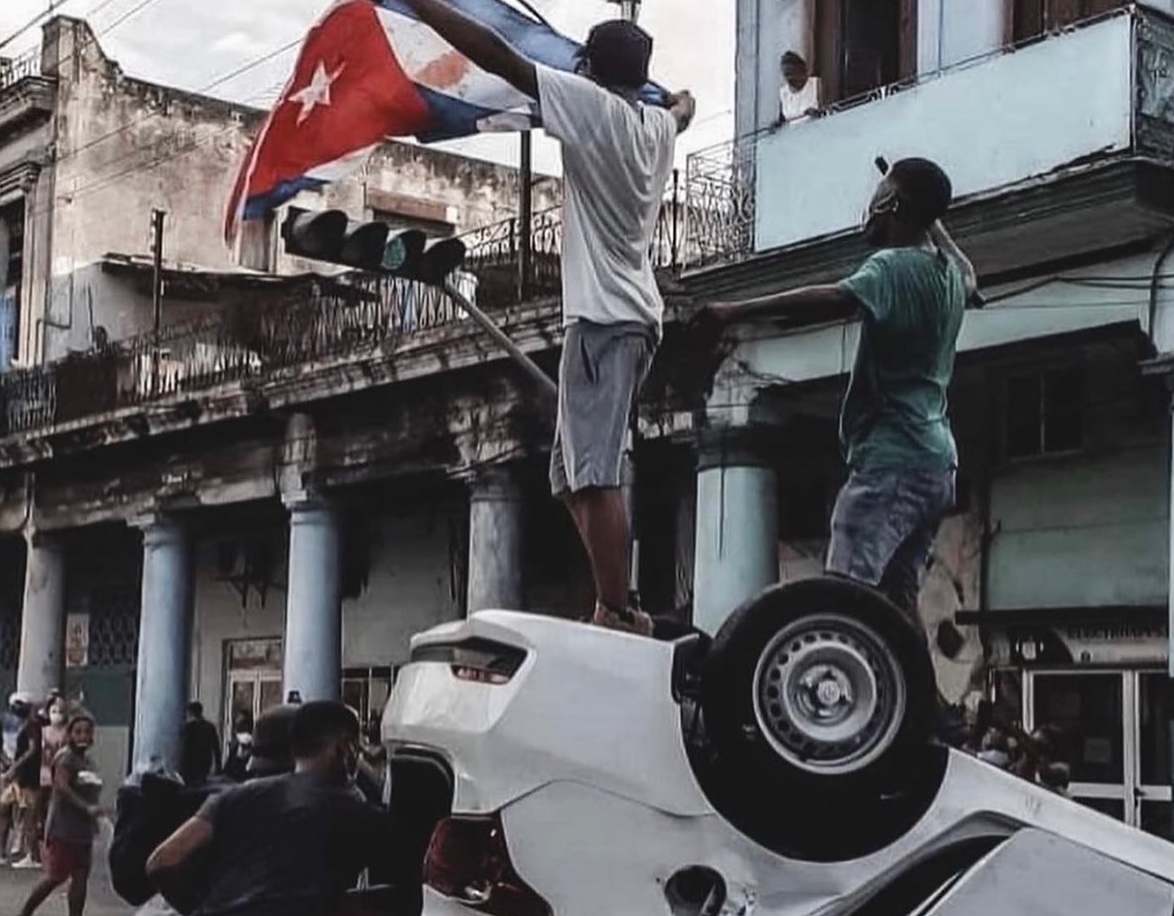 The United States makes the survival of the Cubans difficult by aggravating the economic embargo, and then declares, as Joe Biden did today, “We are with the Cuban people and with their strong plea for freedom and relief from the tragic grip of the pandemic and for the decades of oppression and economic suffering they have endured from before the Cuban authoritarian regime.” Regarding the strange statement: “The United States is asking the Cuban regime to listen to its people and serve their needs instead of thinking about getting rich.”
Biden responded to the President of Mexico, Andres Manuel Lopez Obrador, who declared during the daily press conference that “the only humanitarian intervention that the international community should do for Cuba is to lift the economic, commercial and financial embargo imposed by the United States.” Then he went on to say that Mexico is willing to provide all aid to Cuba with selflessness because the island helped the country during the epidemic and for this we should be grateful to him.

Yesterday, demonstrations were organized in various cities of Cuba to challenge the government’s work in the economic and health fields. Among the demands made by the demonstrators is that of the international community for humanitarian intervention to provide the island with food and take care of the health situation, which they say is catastrophic. But if we want to make an international humanitarian intervention to help Cuba, it will be enough to remove the blockade that the United States has applied, in an arbitrary and unilateral way, on the island since 1962 because it decided to be a socialist country and not be aligned with capitalist policies.

The Russian Chancellery, in reference to the demonstrations, denounced foreign interference in the internal affairs of a country, noting that the protest movements are funded and directed by the United States and are not, as they are depicted, a spontaneous popular outcome. .

Este Minister Bruno Rodriguez Barilla condemned Sullivan’s statement as hypocritical because his country has no morals to refer to Cuba as it is imposing an economic blockade of genocide and is the cause of all the problems that the island suffers from. Various messages appeared on Twitter by members of Congress and Senate sympathizing with the protesters.

The United States allocates more than $20 million annually to attempt to sabotage the Cuban government by funding several organizations that in turn give money to questionable figures on the island to fuel dissent among the population. Yesterday’s demonstrations used the shortcomings that the blockade clearly causes to citizens to attempt a popular uprising, a strategy now used many times in other countries to bring about a change in government. For a long time, the idea has been circulating on the island that the government is unable to govern and meet the needs of the population. The country’s leadership bears responsibility for the distress caused by the blockade, the recent interruptions in the electricity supply, and the increase in cases of the Covid-19 virus. Instead, the causes of all the problems afflicting the island he suffers from are ignored. Of the sanctions imposed by the United States on Cuba, and those who take advantage of these problems to try to undermine the government forget that it is precisely those who pay their salaries that are the main cause of the island’s problems.

A small group of opponents of the government took part in the demonstrations, but they received significant media coverage thanks to social networks and the media, which tend to emphasize scientifically the news of the Cuban dissent. Cuban President Miguel Diaz-Canel gave a televised speech in which he asked the Cubans, among other things, to take to the streets in support of the revolution. Immediately many Cubans took to the streets to show their support for the revolution and for Miguel Diaz-Canel. More people demonstrated in support of the government than those opposed, but only the latter made headlines around the world. If the government’s opponents are the majority in the country, why were they so few yesterday to voice their opposition? The narrative that the government does not enjoy popular support has failed miserably.

If the demonstrations serve the counter-revolution on behalf of those who support a change of government in Cuba, a dramatic defeat must be scored. But we do not celebrate, because in such cases the power of the media can easily turn even the smallest minority into a majority.