Competence Center for the Conservation of arable lands – Swiss farmer 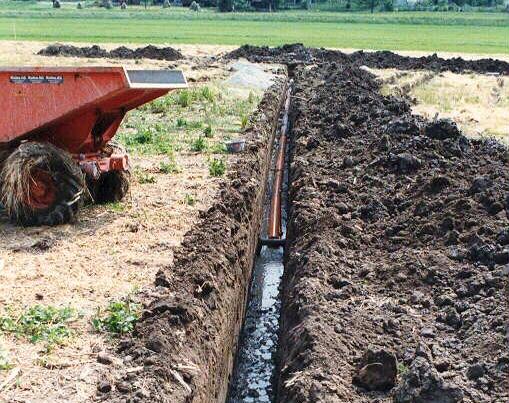 The Federal Council will establish a new institution that guarantees scientific and technical competence to preserve arable and productive lands. On Wednesday, the National Assembly approved a proposal in favour, with 111 votes in favour, 76 against, and 7 abstentions.

The development of settlements, transport infrastructure and the reorganization of Switzerland will currently be carried out largely at the expense of the more fertile arable land in the valley region, and Werner Salzmann (SVP/BE) justified his proposal.

Since the adoption of the Federal Constitution in 1848, the population has increased 3.6 times, Salzman wrote in his proposal. Since 1980 alone, the per capita share of arable land has fallen by a third.

Martin Habb (SVP/ZH) explained that per capita arable land has fallen by a third since 1980. Habb fears that the net level of self-sufficiency threatens to drop from less than 60 percent to less than 50 percent. Supporters of the movement believe that this can be prevented if soil and water resources are kept available for food production in the country.

Therefore, adequate infrastructures for water management are needed. This is because, on the one hand, heavy rainfall must be removed from the fields in a timely manner (sewage systems), and on the other hand, a sufficient amount of water must be provided in dry periods (irrigation systems).

One-third of the exchange before renewal

According to the movement, a third of the arable land (crop rotation areas) has been drained in the last 100 years. That is about 150 thousand hectares. According to the Federal Office of Agriculture (FOAG), this corresponds to an infrastructure capital of about 5 billion Swiss francs. FOAG assumes that about a third of the drainage infrastructure will have to be renovated in the next 10 to 15 years.

Hap said that research and development in applied soil improvement has been idle since about 1980. It should therefore be rebuilt in a purposeful manner so that it can carry out the state’s mission of food security effectively and inexpensively. Digitization in particular is opening up new horizons for agriculture, Haup said.

Federal Council against the movement

The Federal Council refused the order. Economy Minister Guy Parmelin said addressing the problem is already built into many federal projects. For example, in reviewing and strengthening the sectoral plan for crop rotation areas, establishing a soil efficiency center, developing a soil strategy and promoting soil mapping projects in Switzerland.

All these projects indirectly support the scientific and technical competence to maintain productive and reliable arable land. In addition, the Agroscope Research Institute has the mission of developing the technical basis for agricultural practice, education and advice. Parmelin said it doesn’t make sense to build another institution.