Coding Girls, for girls to conquer the world (Technology) 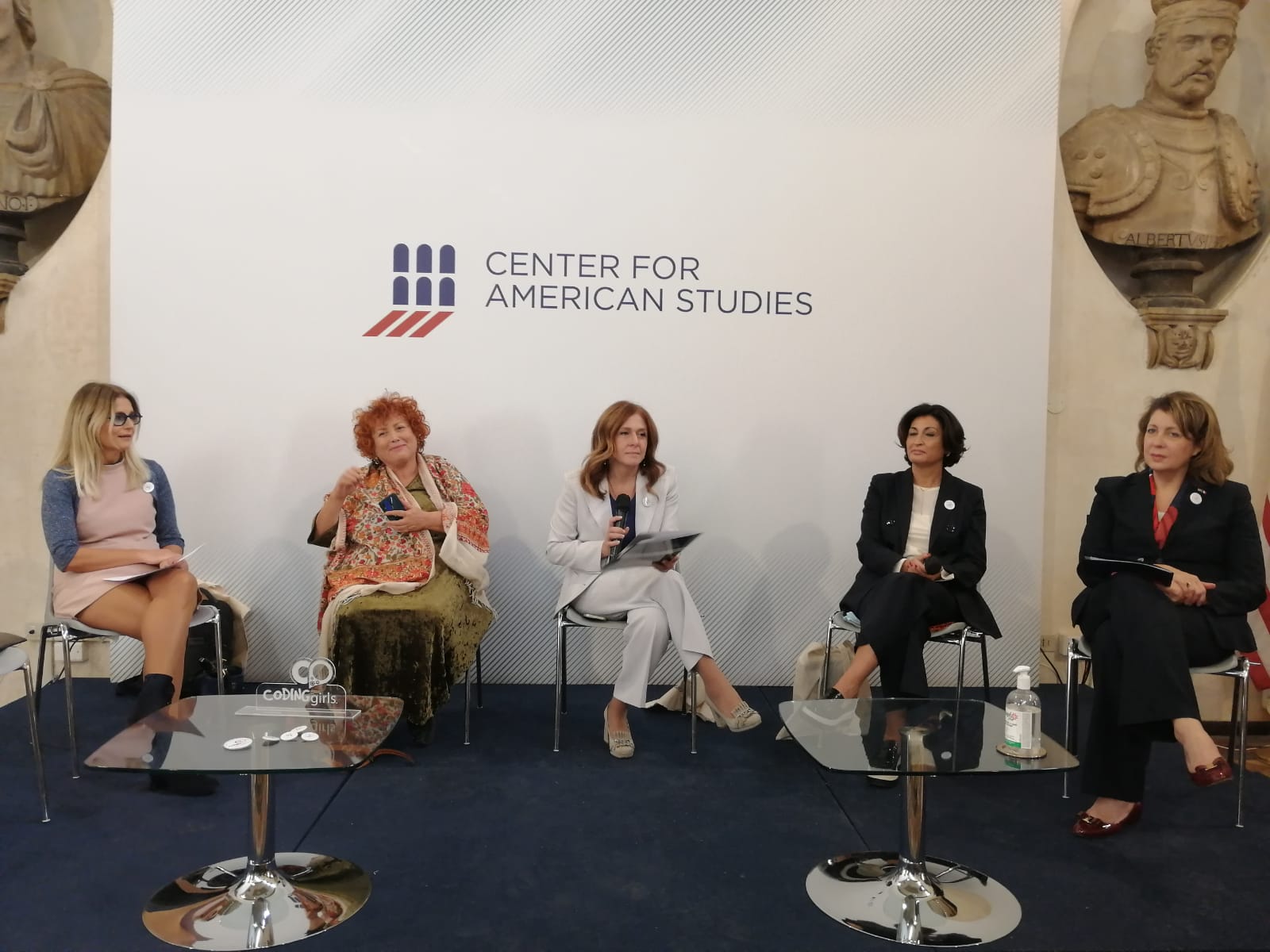 The Coding Girls Project, in its eighth edition, aims to accelerate equal opportunity in the science and technology sector, starting with young women. Presentation at the Center for American Studies with Sabbadini, Ventrella, Tomilson, Bottero and El Hakim

It’s been a few months since the Women’s Forum (W20), the G-20 that tackled the challenges of women’s empowerment by crafting 10 Greatness of the Earth recommendations to move towards eliminating the gender gap. This morning, a stage that perfectly fits this path was held at the Center for American Studies with the eighth edition of Coding Girls, the Digital World Foundation Program and the US Diplomatic Mission in Italy, in collaboration with Microsoft Italy, to accelerate equal opportunity in the science and technology sector starting with young women.

It was an exceptional presence: Linda Laura Sabadini, chair of the W20 group and the European statistician for gender studies, Christina TomlinsonMinister Counsellor for Public Affairs, Embassy of the United States of America in Italy, Rosanna Vinterella, Vice President of Compagnia di San Paolo, Anamaria BoteroDirector of Customer Experience and Success at Microsoft Italy e Marwa El Hakim, Head of Diversity and Inclusion at Eni.

“Women’s empowerment is back at the top of the political agenda, not only as a sustainable development goal” as the United Nations noted but also “as a strategic chapter of the national rehabilitation programme. In short, there is interest from the entire international and national community Mirta Micheli, General Manager of Fondazione Mondo Digitale inaugurated the presentation. Micheli also referred to the work done by the W20 within the G20, work that also touched on issues of integrating young women into STEM disciplines (STEM).

“Empowering women is essential for economic growth. Code girls will be among the leaders of the future. He stressed that the project will be a challenge for you towards excellence” Christina TomlinsonFor two months, he headed the public affairs of the US Embassy in Rome. She later identified that “supporting young women, and empowering women, is a closely related component of the economic growth of every nation and a goal of the United States.”

But let’s give some numbers. The project, born in 2014, involves 15,000 female students in 47 Italian cities in this eighth edition, and includes training, coding competitions, mentoring sessions and role modeling activated by 32 academic partners. Regional and thematic differences were born from the national programme: thanks to the collaboration with Eni and the “COde & FraME for Self-Empowerment” project, the crypto girls became passionate about sustainability and the environment. In the south an alliance was born with the Dutch embassy in Naples. In Turin, a three-year trial was conducted with the Compagnia di San Paolo Foundation on 600 students from 10 schools, to assess the impact of the program on future skills and choices.

He said, “If you haven’t learned programming, if you don’t have engineering or math skills, how can you imagine creating an algorithm or working on artificial intelligence?” Kiara CorazzaSpecial Representative of the G7 and G20 Women’s Forum, A Formiche.net Precisely emphasizing what that means, in the 10 recommendations that have been made for the big names of the G20, to include training girls and girls in those male-dominated sectors.

And that’s exactly the Coding Girls’ eight-year goal, one that’s elusive but one that can be handled with will and investment. From the analysis carried out in the second year of project activity in Turin, a positive effect on programming skills of girls and boys (from 6% to 19%) appeared, with the ability to self-awareness confirmed by correct answers to more technical questions. Coding Girls also influenced college choices and made girls and boys more gender conscious. While 46% of boys initially agreed with the statement “Men on average are more inclined towards STEM subjects,” while only 28% of girls were, Coding Girls raised boys’ awareness to the same level as girls.

“Technology is the key to building the world to come. Coding Grils is the first step towards building your future, the same hope that comes from the Deputy Director of Compagnia di San Paolo Ventrella: With Coding Girls, girls who believe they can plan for the future by transitioning from 6% to 19%. Be curious, explore and discover. The woman can no longer wait.”