Climate: What does it mean for the United States to leave the Paris Agreement 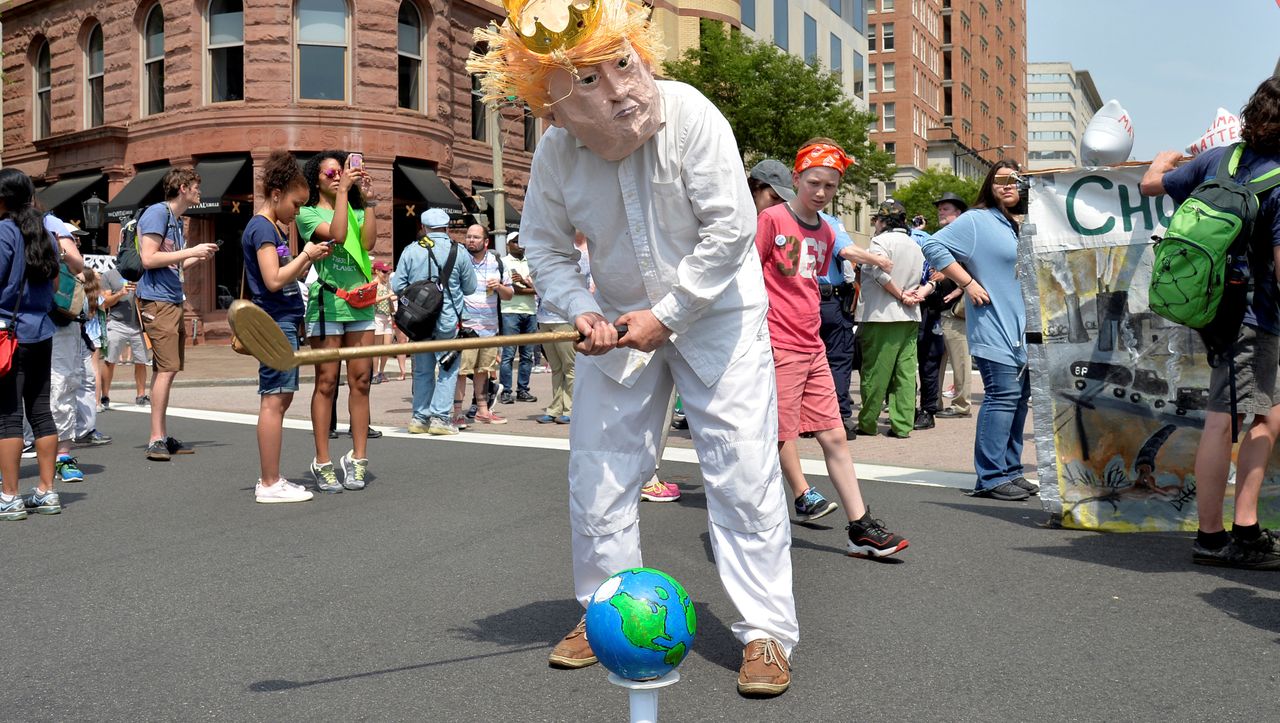 Donald Trump gives little thought to fighting climate change, and it is well known. This is why what he declared long ago and formally legalized a year ago will go into effect on Wednesday: The United States will withdraw from the Paris climate agreement. Challenger Joe Biden wants the opposite if they win the election. Either way, the United States is out now.

“More important than the day of resignation is the day before, the presidential election,” says Niklas Hohn of the New Climet Institute. “With a Republican victory and another four years of Trump’s rule in the White House, it will be difficult to achieve the climate goals of the Paris Agreement.” The goal is to limit global warming to less than two degrees. On the one hand, Biden announced during the election campaign that he would make the US economy climate neutral by 2050. “This means that the downward spiral of reducing emissions will not be reversible,” says Höhne with conviction.

Answers to the most important questions about leaving:

How do you exit the agreement exactly?

On the fourth of November last year, the US government announced its resignation in the relevant department of the United Nations. The exit itself now happens – a year later – completely automatic, explains the UN Climate Secretariat. At midnight New York time, which is 6 a.m. in Germany, the United States left the Paris Agreement. Until then, it will have 197 members, of which 189 have ratified it.

Is this a big blow to climate diplomacy?

The fact that the country with the second largest greenhouse gas emissions in the world says goodbye to the agreement naturally has a strong symbolic effect. It’s “a devastating sign for billions of people,” says Martin Kaiser, chief executive of Greenpeace. However, the fear of the domino effect was not realized. Or, as Federal Environment Minister Svenia Schulz puts it: “Contrary to what one feared three years ago, the rest of the world did not allow it to be infected by the Trump administration.”

READ  Australia: Mouse plague must be fought with poison and millions of people help

And Climate Protection Itself – Does It Suffer From Exit?

Climate protection suffers more from Trump’s policy than from withdrawing from the agreement itself. Trump has reversed large parts of environmental and climate protection in previous years – Columbia Law School in New York, for example, counted 164 such steps to lift restrictions. At the same time, there was a backlash between states, cities and businesses. According to the International Energy Agency (IEA), US greenhouse gas emissions in the power supply sector fell by about three percent in 2019, and coal-fired electricity production by 15 percent. According to analysts, the main reason was that natural gas obtained through the controversial fracking method was cheaper – but also renewable energies.

Joe Biden wants to rejoin the agreement. Do you?

Yes, it is very easy – if he wins the election. According to the Bonn Climate Secretariat, the new US government led by Biden will simply have to send another message to UN Secretary-General Antonio Guterres. The United States may be back on board after only 30 days.

Where is global climate diplomacy at all?

The UN Climate Summit will not be held this year in the face of the Coronavirus pandemic, and it will not be held in Glasgow until November 2021. This means that there is no opportunity for the global public to closely monitor countries when it comes to protecting the climate. This is the year the Paris Agreement states should put new and more ambitious plans on the table. But many do it anyway – recently, for example, China, Japan and South Korea have been surprised by advertisements. The European Union is also increasing its climate targets. Great Britain and the United Nations called an online climate meeting on December 12th – the fifth anniversary of the Paris climate agreement.

READ  Authorship: The study identifies the lack of diversity in the sciences