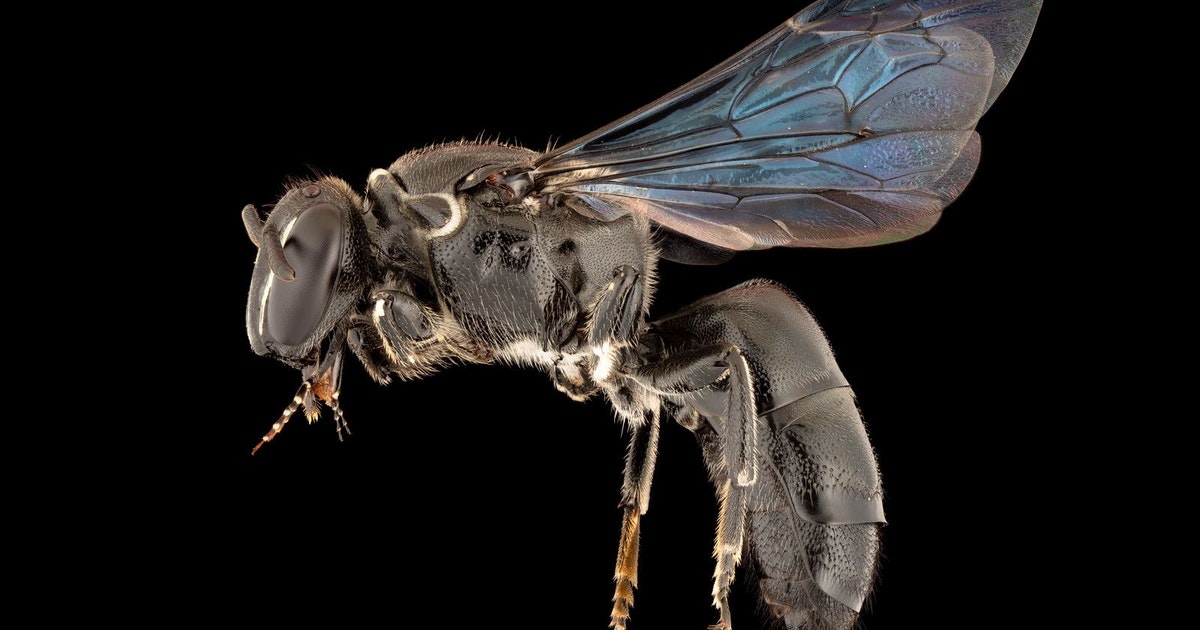 Adelaide – Just give it a try, and if you’re lucky, go wild. This is exactly what the researchers did with it Biologist James Dorey at Flinders University in Adelaide, Australia: They wanted to know if a species of bee had been here before but that disappeared without a trace a hundred years ago has already become extinct. They knew almost nothing about anything Pharohylaeus lactiferus, So the name of the insect, except that it prefers warm, humid and tropical biomes and adapts to the blossoms of the fire-wheel tree (stenocarpus slnuatus(And also the bottle tree)Brachychiton acerifolius) carry.

The habitat of bees is threatened by climate change and wildfires

And so the scientists in New South Wales and Queensland began their search, looked for the fire wheel and flat trees and found what they were looking for: They discovered three groups of bees, as they are now in The Journal of Hymenoptera Research To report. The last time the insect was documented in Queensland was in 1923, when three male specimens were found in Atherton Heights, West Cairns. P. lactiferus It appears relatively large and sturdy at nine to eleven millimeters long. The body is black and has distinct white face and body markings.

Perhaps the reason this species is so rare is that its habitat has been severely fragmented by wildfires and climate change in Australia and it specializes in few host plants. “If we are to understand and protect this wonderful Australian species, it is imperative that we redouble our efforts on vital surveillance and conservation,” Dore said in a statement issued by Flinders University. The three groups that were found were far from each other. This is what worries scientists: They fear that they will finally lose the newly rediscovered bee species.