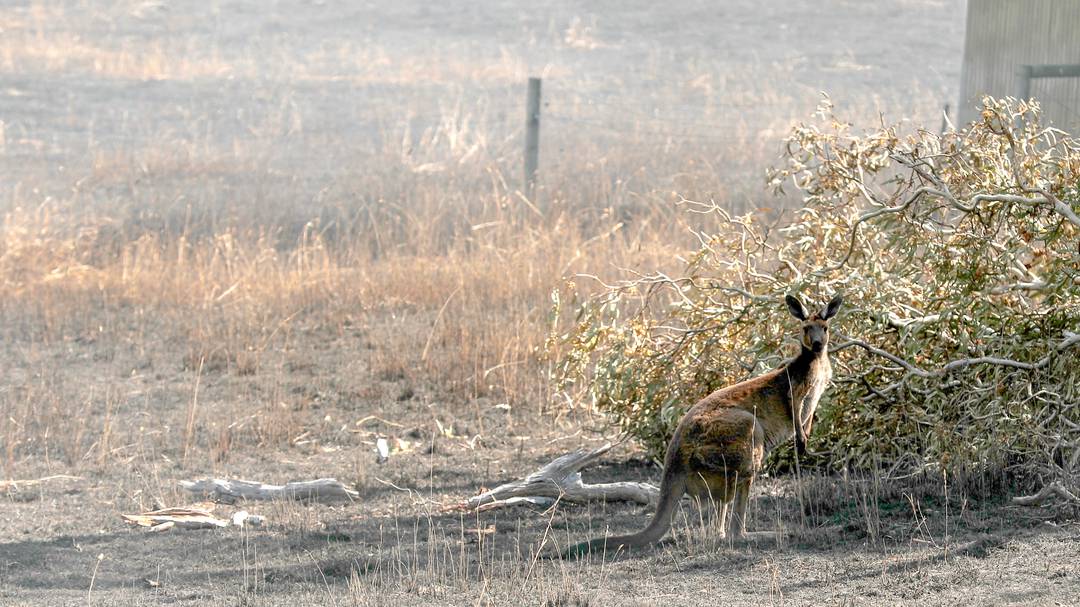 Canberra. Australia is stubborn when it comes to climate goals. Even pressure from US President Joe Biden at a virtual summit in April could not convince Australian Prime Minister Scott Morrison to improve the country’s weak climate goals. So far, the country wants to reduce its emissions by 26 to 28 percent below the 2005 level by 2030; And a zero-emissions target by 2050 has yet to be officially announced.

Australia is one country that is already clearly feeling the effects of climate change. The inhabitants of the Torres Strait Islands, a group of more than 100 islands located between Cape York Peninsula on the tip of Australia and the coast of Papua New Guinea, have been living in their homes and territories for years as rising sea levels, extreme weather events, and coastal erosion threaten their way of life.

As early as 2008, a case study described the effects on turtle nesting, bird life, and seagrass in the area. “They feel that their lives are in danger, both physically and culturally,” the study said at the time of the islanders.

“In my view, it would be highly desirable if we also had worldwide CO₂ pricing,” the chancellor said Thursday in Climate Dialogue. © Reuters

More than a decade later, the situation has become even more dramatic: In an interview with Australian radio station ABC, island native Jesse Mosby recounted how climate change has made his island — Masseig Island — an increasingly desolate place.

For example, the island’s well became salty due to the ingress of sea water and the coral reefs in front of the island died. “The reef looks like a desert,” Mosby said. The situation is similar on other islands: on the island of Boroma, which is a somewhat smaller and narrower island, a farm with 250 coconut palms has already been washed into the sea. The road and buildings on the western side of the island are also at risk.

Scientific models suggest that some low-lying islands could become completely uninhabitable within decades if global temperatures continue to rise. “In that case, we will become climate refugees in our country,” said Kabay Tamu, a resident of Warraper Island. “When I think about it, my eyes get tears sometimes”

Early in 2019, Tamu and Mosby, along with seven other islanders, filed a complaint with the United Nations Human Rights Committee in Geneva. In the petition, the islanders accused the Australian government of violating their human rights by not taking appropriate action against climate change.

At the time, Tamu wrote in a statement that he feared climate change would once again lead to some kind of colonialism if his people were forced to leave their country and could no longer live their language, culture and traditions.

The Australian government rejects these allegations. As a result, she asked the Commission on Human Rights in August to reject the petition. The Minister for Indigenous Affairs, Ken White, always confirms to local media that the government is convinced that its “climate policy is in line with international human rights obligations”.

In addition, one does not want to leave the islanders alone, but rather help them build infrastructure – such as sea walls. At the beginning of 2018, for example, emergency funding of 650,000 Australian dollars, equivalent to approximately 420,000 euros, was approved for Burma to protect the island’s endangered West Bank. But the special sandbags that were used for the wall instead of rocks or bricks only have a life span of about 50 years.

The Prime Minister declines the invitation

Residents of Torresstrasse currently feel that time is running out more and more. If scientific predictions are met and the sea level in your area rises by about 80 cm by the end of the century, this will have more devastating effects on the islands than before.

During the United Nations Climate Summit in New York in 2019, islander Kabay Tamu asked Australian Prime Minister Scott Morrison to visit his Warraper Island to see for himself the effects of climate change.

Because, as Tamu said: “After all, it is very difficult to see from Canberra how the weather is changing.” However, the politician later declined the invitation via email.