White-tailed eagles in the USA: what poisons the heraldic animal? 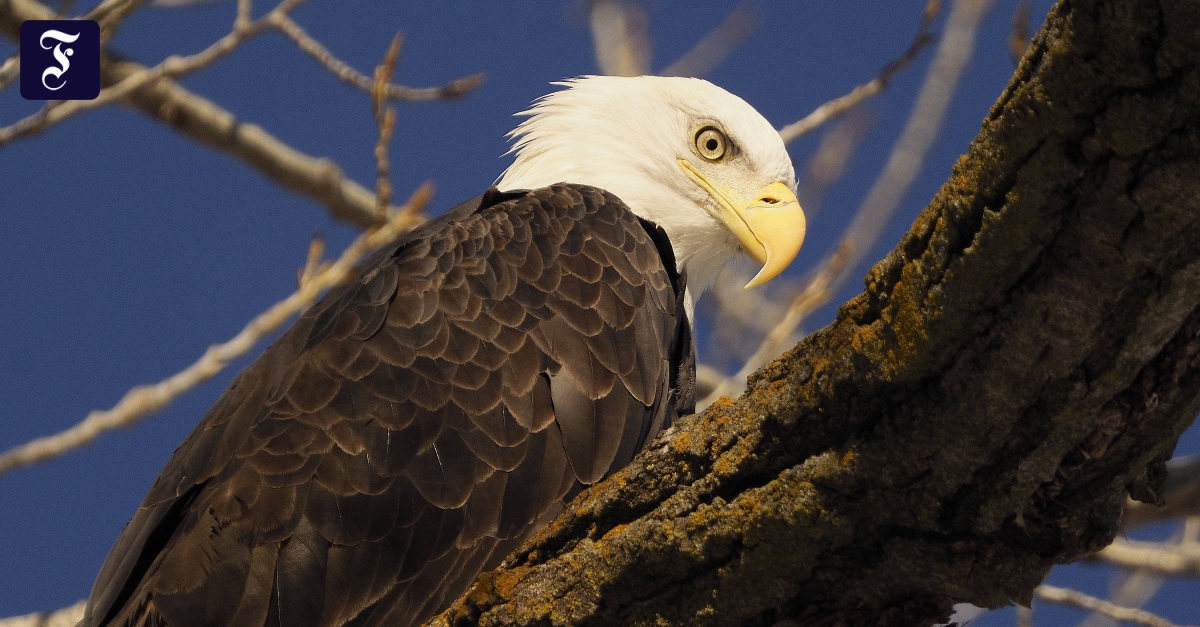 sStumbles or falls upside down and is no longer able to fly, swim or crawl properly. For 27 years, birds, fish, and reptiles in the southeastern United States have been dying of a neurological disease that eats holes in the sheath of nerve fibers and quickly kills them or makes them easy prey for other animals, which also get sick and die. . The heraldic animal of the United States is also affected: the bald eagle. Thus disease also extends into the food chain.

Timo Niedermeyer of Halle-Wittenberg University and Susan Wilde of the University of Georgia in Athens have finally found the exact trigger: a previously unknown neurotoxin, which is unique among neurotoxins because of its special features. This discovery makes it possible to learn more about the effects of the poison and to know which animals are susceptible and therefore potentially endangered. It remains open whether, for example, mammals are also at risk or even humans.

Publication of molecular structure and identification of genes needed for synthesis In the magazine “Science” It is the culmination of a long and arduous search. In 1994, several dead bald eagles were first found near various American lakes, which no longer had intact myelin sheaths, and thus apparently could no longer move in a coordinated manner.

The disease has been known as “avian myelopathy”. It soon became clear that the cause could not be an infection or an environmental toxin. Looking for the trigger, Susan Wilde noted that the disease occurs wherever lakes are contaminated with nettle. It is an aquatic plant that was introduced from Asia, Africa or Australia and spread en masse in the United States.

However, the aquatic plant itself was absolutely out of the question as a stimulus, because there are also lakes with nettles where neurotic disease does not occur. Wilde and her colleagues were able to establish that the cause is a new type of cyanobacteria, which is located on the underside of leaves – but not everywhere, but only in infected lakes. However, it remained a mystery that poisoned the cyanobacteria used to cause the neurological disease.

Bromine and stress – a toxic combination

The neurotoxin was finally identified by Timo Niedermeyer, a specialist in cyanobacteria, and his colleagues. This research was not an easy process either, because it soon became clear that simply growing cyanobacteria in the laboratory did not lead to the synthesis of the toxin. Clearly something was missing. Niedermayer and colleagues then succeeded in establishing the link using imaging mass spectrometry, a type of chemical microscopy.

Scientists were able to establish that the substance is a diindole alkaloid with five bromine atoms. This then also explained why the cultured cyanobacteria did not manufacture the toxin. Typical food solutions do not contain bromine. In various experiments, Niedermeier and Wilde were able to confirm that the compound they discovered was actually the poison behind the baffling nerve disease.

The fact that the poison contains bromine means that the lakes around which the disease occurs must contain this element. Niedermayr and Wilde see two possible reasons for the entries. On the one hand, herbicides are given in lakes in many places to prevent the spread of nettle. Some herbicides contain bromine. The burden can also be due to the operation of coal-fired power plants. Hard coal contains mercury, which turns into raw gas when burned. If coal is burned in the presence of bromine salt, exposure to mercury is reduced. Many coal-fired power plants in the United States use this process to reduce mercury emissions.

With bromine alone, cyanobacteria do not make large amounts of neurotoxins. Production only rises under pressure. One such stressor is the drop in water temperature. This explains why most animals die in the fall. Then the outside temperature drops and the water also becomes colder. In water contaminated with bromine, nettles and special cyanobacteria, it is clear that this is the beginning of the synthesis of neurotoxin.

See also  Australian Open: Who are the favorites anyway? Sports