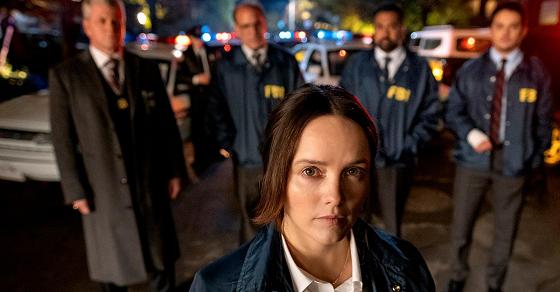 The long-awaited TV series “Clarisse” is coming, which is a sequel to the popular movie “The Silence of the Innocents”, starting Friday, April 9th ​​at 10.05 pm, exclusively on Rai2, with the first two episodes of the world showing.
Thirty years after the release of the film that marks the history of cinema, MGM Television’s television series premiered on CBS on Thursday February 11th in the United States.
She played Clarice, for whom Jodi Foster won one of the five Academy Awards for the film, is the young Rebecca Preds. Alongside him, Michael Cudlitz as Paul Kreindler, Luca de Oliveira by Thomas Esquivel, Cal Benn by Shane Tripathi, Nick Sandow as Clark’s agent, Devin Tyler as Ardelia Mab’s boyfriend, Marnie Carpenter as Katherine Martin and Jane Atkinson for Ruth Martin.
The series’ executive producers are Alex Kurtzman, Jenny Lumet, Elizabeth Claviter, and Heather Caden. Clarisse is produced by MGM Television and CBS Studios in partnership with Secret Hideout and distributed internationally by MGM.
The story is set in the year 1993, one year after the events of “The Silence of the Lambs”. Bright and vulnerable, Clarisse is back with serial killers and sexual predators, and her bravery gives her an inner light capable of confronting the most dangerous monsters and criminals. However, he will soon realize that not everything is as it seems. In angry and rainy Washington, which is dominated by political affairs, Clarice is actually moving into a strongly male-dominated work environment, and in her, to support her, there is above all the need to escape the troublesome family secrets she persecuted because of her. Life.
In the first episode of the series, a year has passed since the “Buffalo Bill” was murdered and FBI Agent Clarice Starling must be evaluated by an analyst with the task of determining whether she could be after the traumatic events she was involved in. Re-accepted into fieldwork. Ruth Martin, Catherine’s mother, the girl who escaped death thanks to Clarice, became the attorney general of the United States and summoned Clarice to Washington to be included in an anti-violent crime task force – VICAP – led by Agent Kreindler.
In the second episode, an ATF agent is injured in Tennessee while filing a note seeking a recovery community run by a dangerous extremist. About to be kicked out of the team due to disobedience, Clarisse is drawn into negotiations by the leader of the besieged group. While staying indoors, Clarisse will discover that the municipality is not what it seems at all, and that in order to control it, she will have to deal with her past.