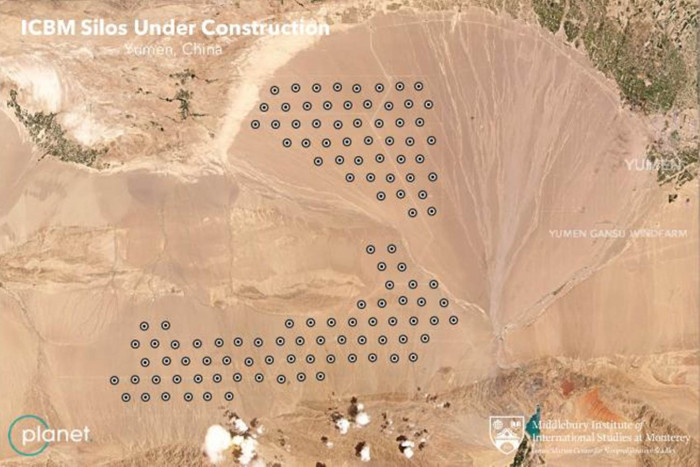 China is building more than 100 silos to store intercontinental ballistic missiles in the Gansu region.

The Washington Post reported that satellite imagery of the commercial satellite company Planet Labs showed that Chinese authorities are building 119 silos for intercontinental ballistic missiles in the desert near northwest Yemen.

All 119 silos for intercontinental ballistic missiles look alike and identical to existing Chinese missile bases, said researchers at the James Martin Center for the Study of Nuclear Weapons Accumulation in California, who studied satellite images.

According to satellite images from Planet Labs Inc. The silos under construction are divided into two large groups that cover the western and southwestern desert areas of the city of Yemen. They are about 3.2 kilometers apart, and most of the construction sites are covered with large, dome-like objects.

Researcher Jeffrey Lewis told the Washington Post that the construction indicates that China is trying to modernize its nuclear deterrent. Including the number of missile silos under construction throughout China, there could be up to 145.

Lewis also expects China to build these silos for the Chinese-developed DF-41 ICBM. It can contain multiple nuclear warheads that have a firing range of 12,000-15,000 km, which is enough to attack the mainland United States.

It is estimated that China has 250-350 nuclear weapons, which is relatively few warheads compared to the United States and Russia. But building more silos may indicate that China may have more warheads.