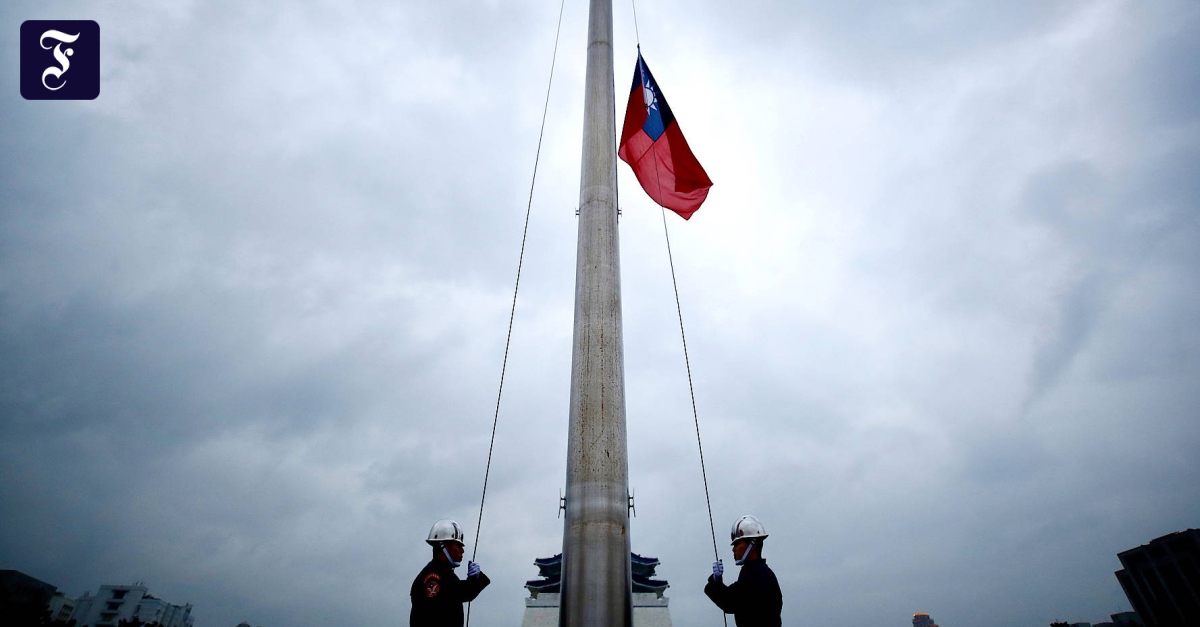 MWith heavy criticism, China has responded to the US government’s decision to maintain official contacts with the government in Taiwan in the future. Foreign Ministry spokesman Zhao Lijian reiterated the position of the Beijing leadership to the press on Monday, which said that Taiwan is “an inalienable part of the Chinese territory.” The United States should refrain from any move to upgrade its relations with Taiwan or to enhance its military cooperation. China threatened a “counterstrike”.

When diplomatic relations were established with the People’s Republic of China in 1978, the United States promised to recognize Beijing as China’s sole and legitimate government and to maintain only informal contacts with Taiwan. Taiwan is the “most important and sensitive” issue for the United States and a prerequisite for the development of bilateral relations. “All attempts to harm China’s core interests are firmly opposed.”

The dispute over Taiwan’s status dates back to the civil war in China, when the KMT forces fled to Taiwan after being defeated by the Communists under Mao Zedong. The Communist People’s Republic of China was established in Beijing in 1949, while it ruled Taiwan as the “Republic of China” and has since developed into a free democracy.

The US ambassador to the United Nations visits

The outgoing US government lifted restrictions on diplomats and government officials’ interaction with communications in Taiwan over the weekend. Secretary of State Mike Pompeo said the United States no longer wanted to “appease” the Communist leadership in Beijing. The move comes before the scheduled visit of US Ambassador to the United Nations Kelly Craft to Taiwan on Wednesday, which China has already strongly criticized.

Relations between the US administration of President-elect Donald Trump and the government in Beijing are strained. There are no diplomatic relations between the United States and Taiwan. The American Institute of Taiwan (AIT) is a representation of the United States. With the one-China doctrine, Beijing is trying to isolate Taiwan internationally and bar its diplomatic partners from formal relations with the island’s Democratic Republic. Germany also has unofficial representation in Taipei and does not have an embassy.