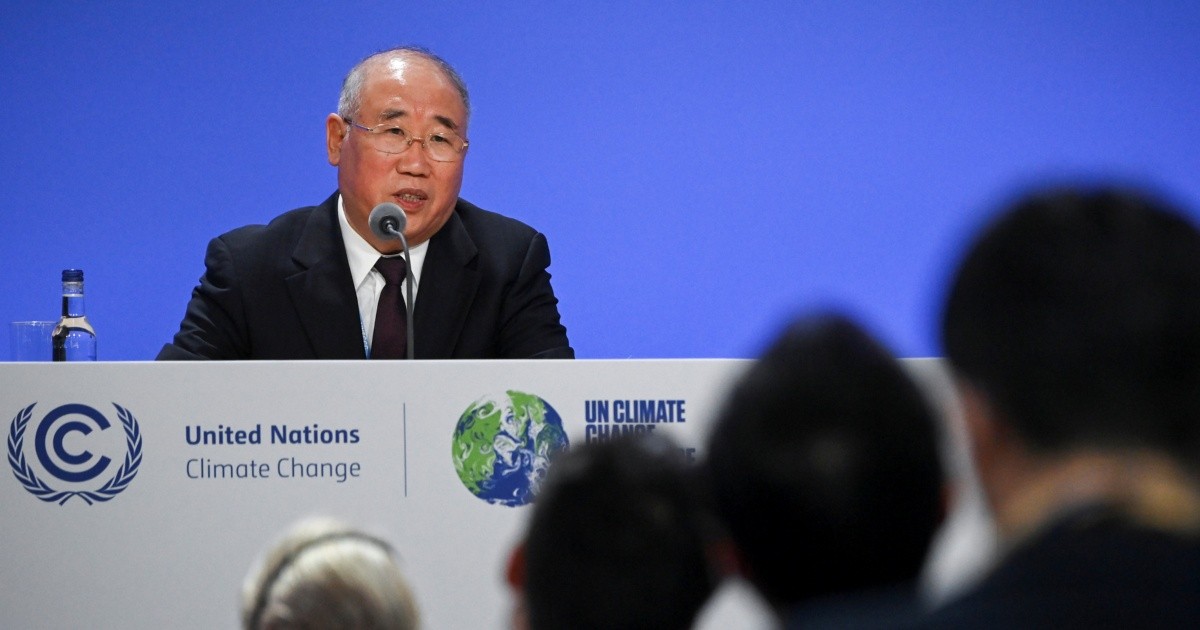 China has They reach agreement with the US to ‘strengthen climate action’Chinese special climate envoy Xie Zhenhua announced on Wednesday at COP26 in Glasgow.

“Both parties recognize that there is a gap between current efforts and the goals of the Paris Agreement, so we will jointly work to advance climate action,” the official said at a press conference during the climate change conference.

China and the United States The two main sources of greenhouse gasesresponsible for global warming. Between them they shoot about 40% of the total.

Xie explained that the plan includes “concrete plans” throughout this decade, and that both Beijing and Washington are committed to “working to finalize the code of rules” for the 2015 Paris Agreement, one of the objectives of the Glasgow negotiation.

China and the United States, the world’s two superpowers, must take responsibility for working with other parties to combat climate change,” he said.

He said the two countries had formed a joint working group on the issue.

Xie emphasized that this new joint plan, An unexpected novelty in Glasgow, after 30 remote meetings over 10 months.