China provides the United States with conditions for improving relations 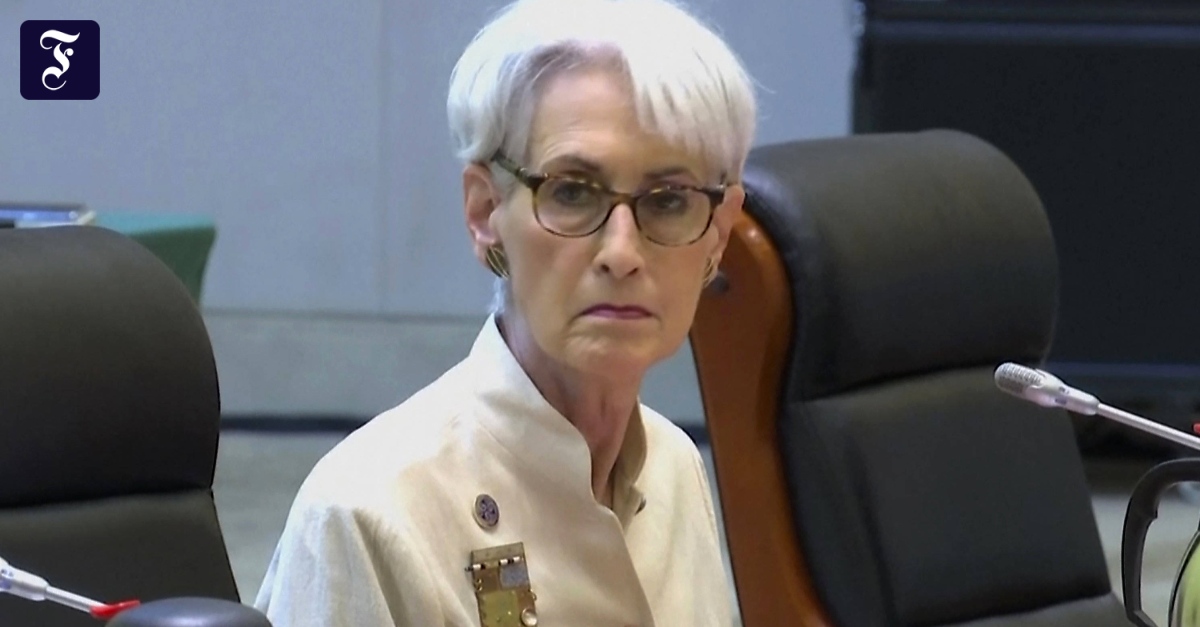 NSHina’s deputy foreign minister, Xie Feng, read to his American interlocutor the catalog of demands that his boss had already traveled to Alaska in March. The United States should lift all sanctions against Chinese officials, withdraw the extradition request against Huawei director Meng Wanzhou, allow China’s Confucius Institutes and US state media to operate freely, and lift visa restrictions on Communist Party members and students of certain disciplines. These are the basic requirements for normalizing relations with America, said Xie Feng after meeting with US Deputy Secretary of State Wendy Sherman in the Chinese port city of Tianjin.

Admittedly, no one expected that at the end of Sherman’s trip to China there would be tangible results. The Ministry of Foreign Affairs had stated that the aim of the meeting was to “keep channels of communication open at a high level.” A senior US State Department official has previously said the talks are important to “reduce the risk of misunderstanding” and establish “protective bars” so that competition with China does not drift into conflict. So expectations weren’t high when Sherman landed in Tianjin on Sunday. Her interlocutors invited her there because no political delegations are currently received in the Chinese capital due to the epidemic.

Sherman is the second high-ranking representative of President Joe Biden’s government to travel to China, after Special Envoy for Climate Change John Kerry. At best, your visit is an intermediate step for Biden’s first meeting with Chinese President Xi Jinping. In Beijing, the G20 summit in Italy at the end of October was mentioned as a possible date.

After Xie Feng, Sherman met with Chinese Foreign Minister Wang Yi. He had already announced that he wanted to teach America a lesson. “If the United States has not yet learned to treat other nations as equals, it is our duty to give the United States a seminar on this subject.” Yang Jiechi set the tone in Alaska in March. At the time he gave a 16-minute lecture to Secretary of State Anthony Blinken and Security Adviser Jake Sullivan.

Wang Yi could not return. Otherwise, he would have been accused of being effeminate in his own country. Since Sherman was only the Vice Foreign Minister, he had left more external contacts to his fifth deputy, Xie Feng. He accused the United States of tarnishing his country’s image. Xie said, according to a statement from the State Department, that “some Americans” would turn China into an “imagined enemy” to cover up the problems and differences in their country. This is why the relationship between China and the United States has reached an impasse.

At the same time, Xie Feng also noted that Beijing wants to prevent uncontrolled escalation of relations. He said stable relations are in the interests of both sides, and China wants to work with the United States. From Beijing’s perspective, the talks were also about paving the way for an early meeting between Xi Jinping and Joe Biden. This will enable the Chinese president to assert his carefully honed reputation as a domestic statesman.

Sherman wrote on Twitter that she spoke to Xie Feng about “the climate crisis, Covid-19 and our grave concerns about China’s actions in Hong Kong, Xinjiang, and both sides of the Taiwan Strait.” It affirmed the United States’ commitment to healthy competition for Wang Yi.

Before their arrival, Sherman sought to make the visit more cordial by offering US condolences to the families of the Henan flood victims. More than 60 people were killed in the severe weather event. However, this gesture was downplayed due to the fact that the State Department incorrectly mentioned the name of the affected province as Hunan twice in a press conference.

Since his inauguration, President Biden has sought to increase pressure on China through coordinated action with allies. Beijing is particularly concerned that NATO has recently made several comments about China. Beijing also closely monitors the cooperation between the United States of America, India, Japan and Australia in the so-called quadripartite coordination. The leadership is angry that Biden, unwavering by Chinese threats, has stepped up his cooperation with Taiwan and, like his predecessor Donald Trump, is using sanctions extensively. Beijing expressed its displeasure by announcing sanctions on American politicians and organizations prior to Sherman’s visit.