China does not want to enter the United States 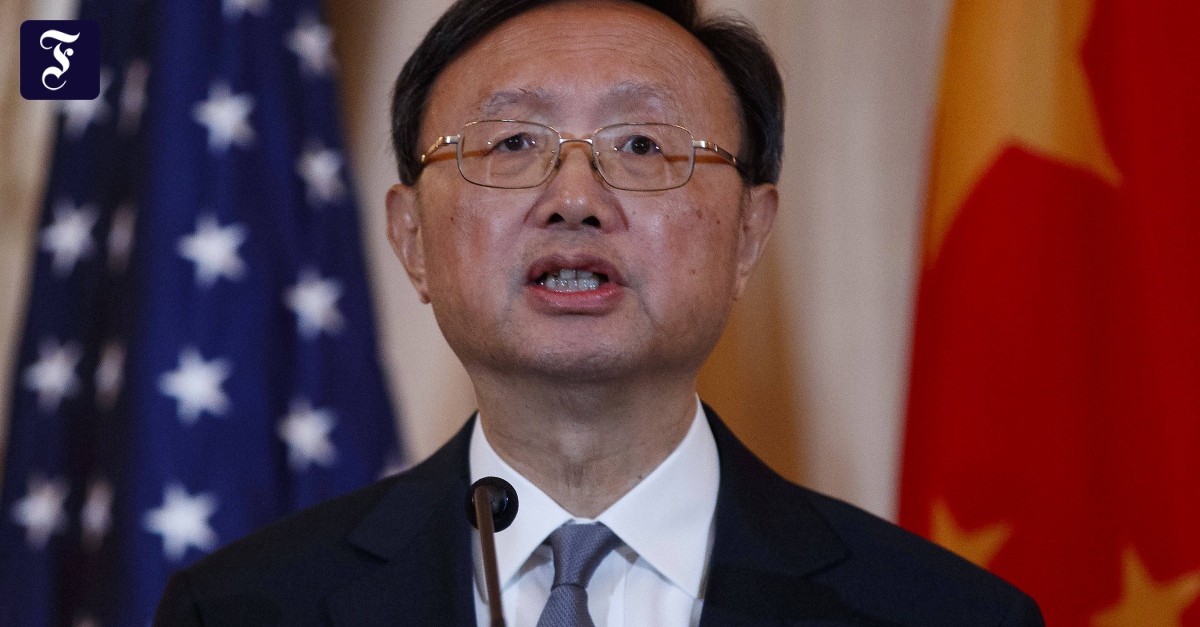 CHina’s highest-ranking foreign politician, Yang Jiechi, has defined “red lines” for relations with the United States, which “must not be crossed.” The top Chinese diplomat included US intervention in Hong Kong, Tibet, Xinjiang, and the Taiwan issue. “Any border crossing would undermine the relations between China and America,” Yang said Tuesday in his first speech on China US policy since President Joe Biden took office. He described adherence to the red lines as a prerequisite for returning to “predictable and constructive” relationships.

But a few hours ago, US Secretary of State Anthony Blinken made it clear that America would defend its values ​​with the aim of suppressing the Uyghurs in Xinjiang and the democratic movement in Hong Kong. Among other things, he promised in an interview that America could give refuge to politically persecuted people from Hong Kong.

Regarding Taiwan and the South China Sea, the two countries have already fought a strong military battle in the past few days. The new US administration has sent an aircraft carrier formation to the South China Sea. China, in turn, informed America that Taiwan independence would mean “war.” This position is not new; Beijing endorsed it in 2005. But as a rule, China avoids such explicit formulas. In addition, the Chinese air force conducted maneuvers near Taiwan, which the Pentagon described as “aggressive and destabilizing.”

Yang Jiechi pleaded with President Biden not to continue the “misguided” policies of his predecessor, Donald Trump. He described the fight against Coronavirus, global economic recovery and climate change as potential areas for cooperation. He has only spoken in passing of trade policy, which played a central role under President Trump.

According to a report in the Wall Street Journal, Beijing is seeking a meeting between Yang Jiechi and Biden employees to work for an early summit of the two presidents. Biden’s climate protection official, John Kerry, promised to cooperate with Beijing in climate protection, but stressed that Washington would not make any concessions in other areas. On the other hand, Beijing has refused to negotiate climate issues alone.

Yang Jiechi is a member of the Political Bureau and heads the Foreign Affairs Department of the Communist Party of China. Hence, he is higher than the Minister of Foreign Affairs. He delivered his speech on US policy via video at the invitation of the National Committee on US-China Relations in New York. The organization calls for “sincere dialogue and constructive cooperation” between the two countries.