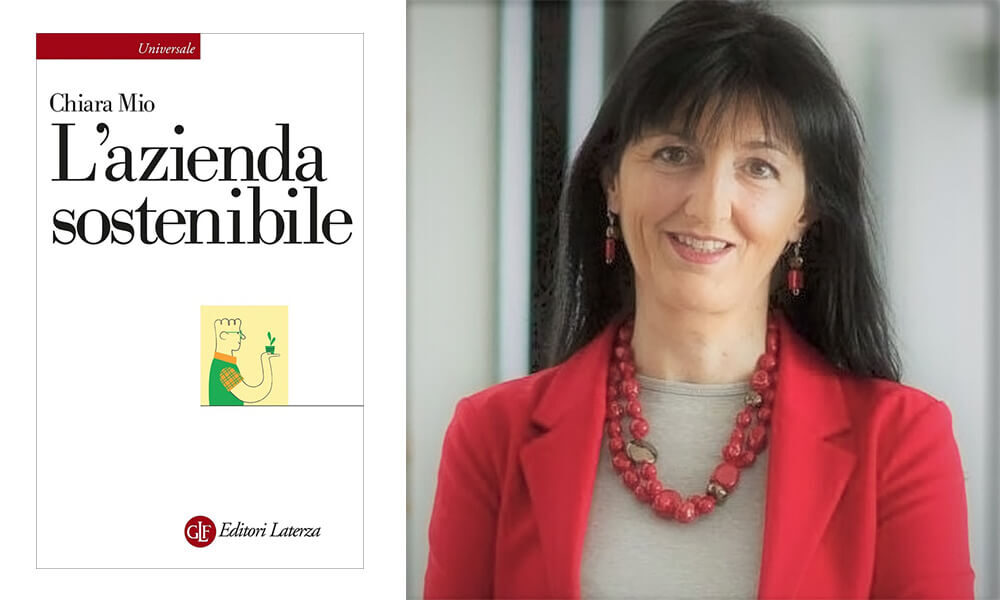 Professor of Business Economics at Ca’ Foscari University in Venice and a deep connoisseur of corporate life Chiara Mio identifies new avenues for “sustainable development” in which economic growth, the use of natural resources, and energy production are all interconnected and indispensable. system collapse.

The calamity which the world is going through, which has also been exacerbated by the ongoing Covid-19 pandemic, has put us before the economic, social and environmental limits that we have ignored for years but are repeated today and increasingly in the future, which is not possible to transcend the destruction of planet in which we live.

Therefore it is necessary to search for new ways to “Sustainable development“So that economic growth, the use of natural resources and the production of energy are all indispensable areas, otherwise the system will collapse.

These themes are addressed in his later works.sustainable company” Kiara Mio, Mr Economie A company at Ca’ Foscari University in Venice and a deep connoisseur of within corporate life, being part of the boards of directors of companies and international organizations dealing with sustainability.

In five dry essays, Mio lays out, in the first place, the basic concepts related to Sustainability Looking at it from the perspective economic business; The second chapter analyzes the role of States As the first interested in carrying out procedures for the implementation of relevant economic operations; The third chapter deals with the contribution that consumers themselves are expected to make in promoting sustainable development. Finally, in chapter four and five, a quick ride oncircular economy The topic of sustainable economy is explored from the point of view of financial institutions and agencies Evaluation.

The concept of sustainability is very complex, which implies an approach that meets the needs of today’s generations without compromising the development potential of future generations.

It is a concept that found its first definition in 1987 with the Brundland Report published by the World Commission on Environment and Development and was later referenced in the Sustainable Development Agenda set by the United Nations in 2015 with 169 targets with deadlines in 2020. And 2030 that the well Mio summed up in business model which ensure the equilibrium of the so-called “three Es”: Ecology, equity and economics, that is to say, first, the environmental sustainability that can be achieved by significantly reducing the environmental impact at the company’s production stages; With the second social sustainability “E” provided through fairness and equal treatment of employees, while ensuring safe conditions for them in the workplace; And finally, economic sustainability as the ability to create value through the creation of materials and services capable of improving people’s lives.

All goals that can be fully shared but nevertheless find it difficult to achieve at the level Inclusive; While it is relatively easy to implement in economically advanced societies such as, for example, those in some northern European countries, the main problems are faced in developing economies where corporate profitability always prevails over environmental and economic sustainability measures, which involve costs Significant at least in the initial application phase. We have an example of this in Italy with the Ilva case which has been protracted in Taranto (not to mention the many deaths still in action due to non-compliance with proper protection measures) but is reflected in many other countries starting with the underdeveloped ones. Countries in Africa and South America even relatively more advanced countries such as India and China themselves were involved in the economic period predating the United States, and are thus unwilling to allocate resources to environmental and social sustainability at the expense of increased productivity.