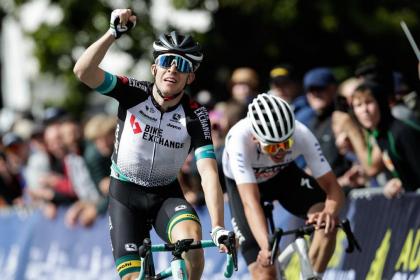 2019 Champion Cameron Meyer scored an impressive victory to retain the Australian Off-Road Championship in a thrilling race at Buninyoung.

The BikeExchange team started the race in the lead when Damien Howson headed down the road in their first breakup. Later, teammate Cadden Groves joined him when the group grew to 12 runners, before Alex Edmundson jumped into a small chase group to take the number of teams to three at the head of the race.

With the gap settled, Chris Harper (Jumbo-Visma Team) made his move, and the attack marked the end of Ivy in the front as he was caught 19 km away. The platoon remnants weren’t far away, but Durbridge and Meyer were separated by a climbing summit.

Mayer finally returns to the chase group before Durrbridge appears again and leads the chasing group towards the final lap. Dorbridge’s endeavor succeeded in pushing all but one back before the summit of the climb, but as new attacks began, Mayer and Dorbridge distanced themselves again.

The duo managed to return to the head of the race as the group started looking at each other and despite numerous attacks, the race was reduced to a kick reduced with gold. Kelland O’Brien (Inform TMX MAKE) was the first to open his sprint, but Meyer timed his late assignment to perfection, and stole the win below the streak to keep the jersey for another year.

Cameron Meyer: “Luke Dorbridge is cool, we somehow achieved a miracle! We thought we were all gone and buried. I don’t know how to explain that! This is a nail-biting race, somehow it turns out. They got engaged. With me, I wasn’t satisfied with having four, but we dig deep.” And somehow, we did a miracle.

“This ending is one of the most difficult accomplishments. Everyone is legless, I have no legs, I might have run at my lowest watt, but I picked the right wheels, ran at the right time, and the streak came. Just in time. Keep my shirt for another year! Don’t believe it!”