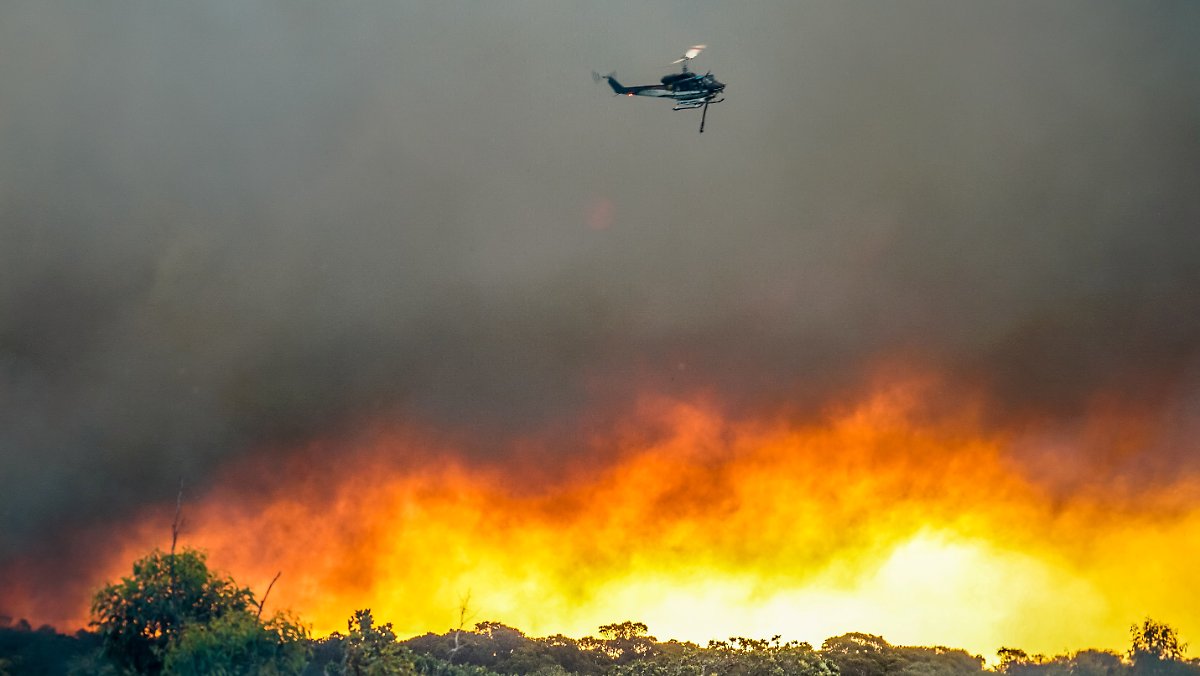 Australia is currently experiencing two opposing extreme events. Dangerous wildfires are raging in the West: “As if by a miracle,” no one has died yet. At the same time there are massive floods in the east of the country.

Bushfires on the West Coast, and severe flooding in the East: Australia is currently facing two opposing natural events. The Margaret River area, popular with tourists, was once surrounded by wildfires. Famous for its viticulture and surfing spots, the area has endured sweltering heat for weeks. So far, no people or homes were hurt, but flames ignited in a large area and thick clouds of smoke rose into the sky. A disaster was declared and some residents were asked to reach safety. The fire department warned to “act immediately to survive.”

Australia’s ABC station, citing local emergency services, reported that in the area south of Perth, 6,000 hectares of land had already been destroyed in the past three days. People from communities near the fire were moved to safety. The Leeuwin Naturaliste National Park on the Indian Ocean has been particularly affected. About 250 firefighters were doing their duty to put out the flames.

A spokesman for the authorities said miraculously no one has been killed so far. No houses have been burned yet. “Given the severity of the fire and the weather conditions we’ve seen over the past two days, this is absolutely stunning,” said Regional Emergency Services Minister Reese Whitby. Even if the weather conditions were now more favorable, the danger had not yet been averted.

Heavy rain in the east

While people on the western coast of the Indian Ocean have been groaning in temperatures as high as 40 degrees Celsius, torrential rains have fallen on the Pacific coast in recent months. “It formed a depression off the southern coast of New South Wales and caused torrential rain and torrential flooding,” the Met Office said.

Some rural areas south of Sydney, which were hit by the worst bushfires in the country’s history exactly two years ago, have recorded eight inches of rain since Thursday alone. November was the wettest month in 122 years and one of the coolest. One reason is the La Niña weather phenomenon.

Scientists hypothesize that Australia’s extreme weather conditions will be exacerbated by man-made climate change. In recent years, the continent has experienced a number of droughts, wildfires and floods. The weather phenomenon of La Niña, which is associated with El Niño, usually leads to a cold in the Pacific Ocean and occurs every two to seven years. On the other hand, El Niño is characterized by the warming of the Pacific Ocean.

See also  Tennis: Russia is not allowed to go to the Australian Open despite being vaccinated