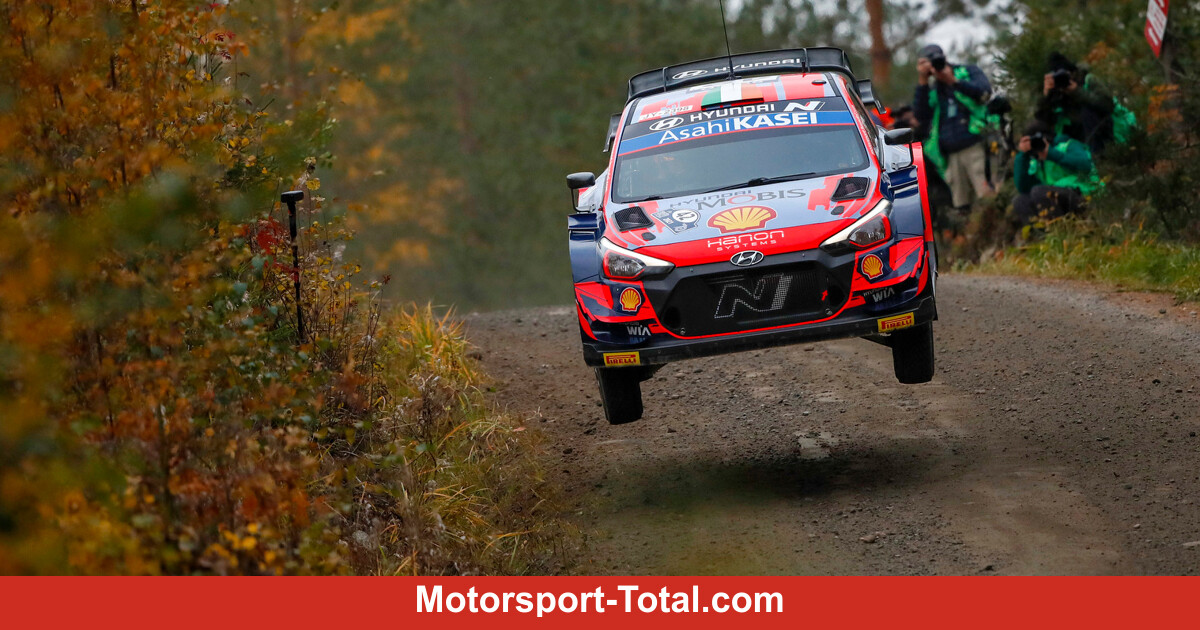 (Motorsport-Total.com) – Five drivers in ten seconds: The World Rally Championship (WRC) race in Finland is tough! A total of six special stages were completed on Friday. Craig Breen managed to take the lead on the last leg of the day in the dark. In his Hyundai, the Irishman overtook Ott Tanak in the last few metres, who will remain in second place after a long lead.

It was an almost perfect day for Brian. The 31-year-old won in SS 2 and 5 and was 4.3 seconds faster than Tänak in the darkness of SS 6. That was enough to take the lead in Rally Finland. The part-time Hyundai driver has already shown in rallies in Estonia and Belgium that he can be expected. At that time the Irish took second place.

“It’s unbelievable. I’ve always wondered what Finland would be like in the dark, and now we’ve felt and experienced it,” says the rally leader, who walks along the cobblestone roads. “My lights weren’t 100 percent working, to be honest, I still have to work on them, but they’re amazing.”

Tanak, who traveled to Finland in fifth overall, had a solid first day at Hyundai. The 33-year-old won SS 3 and 4 chests and did a good job up front. As the Estonian was eight seconds slower than final stage winner Elvin Evans, he lost his lead to Brien, who stayed close to Tanak in all the specials. 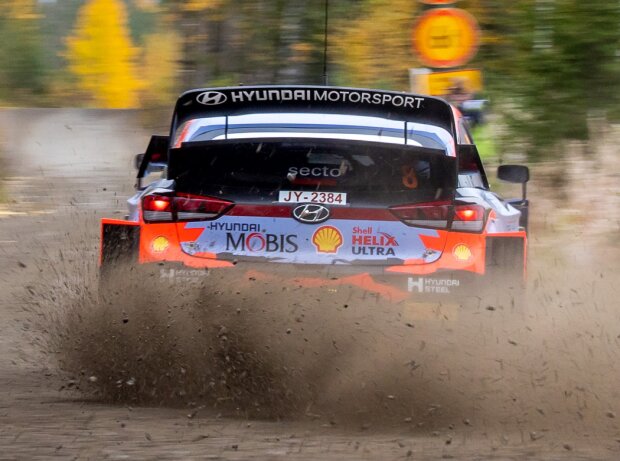 Ott Tanak is second after a strong first day Zoom

Despite the belated change in leadership, Tanak is satisfied with the performance: “We never expected to be able to keep up with Toyota, so it went surprisingly well. This was just the beginning, let’s see what happens tomorrow. It’s a great day.” While Hyundai drivers Breen and Tänak set the pace at the top, Toyota drivers experienced some problems.

Toyota’s best driver is Evans in third. The Welshman is just 6.1secs off Brien in the lead and 3.3secs off Tanak. Evans also won the final stage of the race for the day by 1.6 seconds ahead of the powerful Esapekka Lappi, who is celebrating his return to Class A in the World Rally Championship in Finland with Toyota.

Evans said after SS 6. “I really enjoyed it, but it wasn’t easy. It’s hard to stay relaxed in the dark and in the last part of the stage it’s very difficult to see what’s on the side of the road.” However, the 32-year-old mastered the best stage and thus settled for third place in the rally standings. 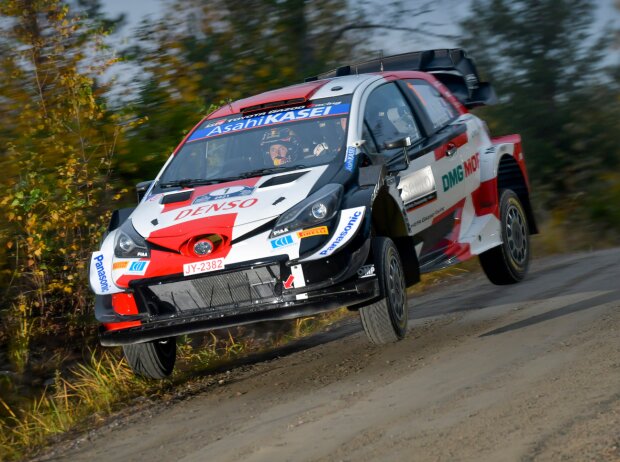 Still very tight in the back: Labe follows fourth, 0.6sec behind Evans. The Finn is only 6.7 seconds off the lead. Lappi hasn’t found a full-time cockpit for the 2021 season, which is why he’s only started the guest class in the WRC2 class so far. The start of the Toyota team, who had the 30-year-old on the road in 2017 and 2018, marked his unique return to the First Division.

Takamoto Katsuta was sixth, 46.9 seconds behind. The Japanese surprisingly won the first stage at Toyota, but switched to the SS 2 and lost a lot of significant seconds. After that, the 28-year-old took significantly less risks and took the car safely to the finish line. Tomorrow, Saturday, from 7 to 15 SS in the program. SS 7 will open the race on Saturday at 7.15am.