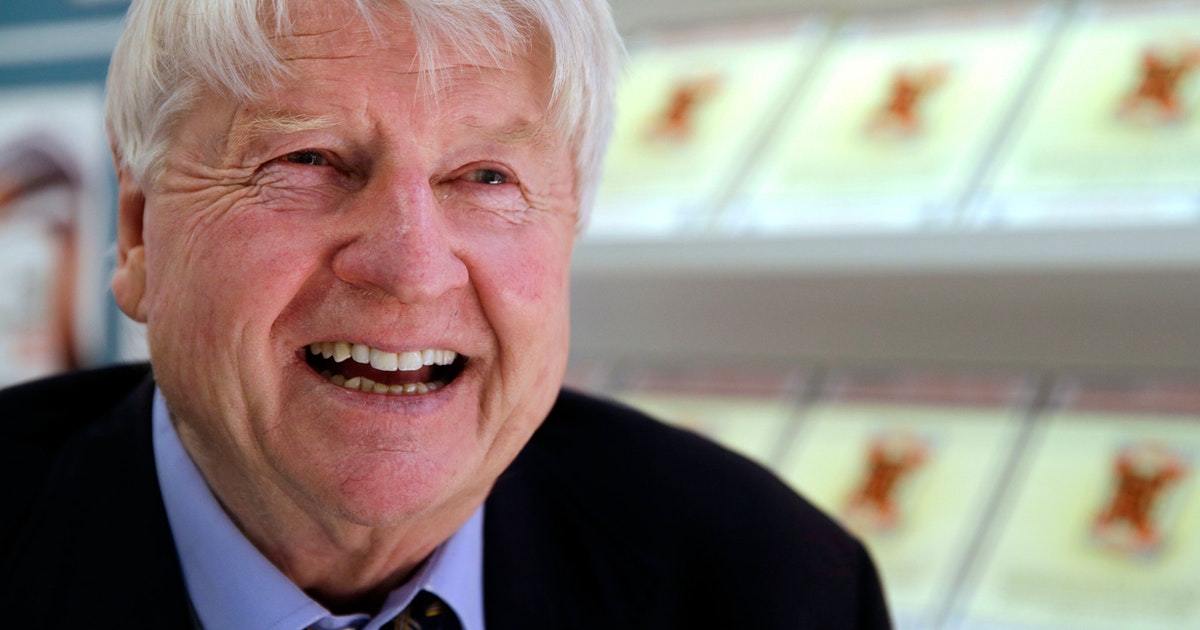 Berlin – Stanley Johnson doesn’t dwell on New Year’s resolutions for long. British Prime Minister Boris Johnson’s father dislikes a no-deal Brexit followed by his offspring – the eldest of six children – by all fair and unfair means. So the old man takes the measures and applies for French citizenship. This is meant to be a political reference, like Stanley now French radio station RTL explained. Because with the request he wanted to preserve his “personal relationship” with the European Union: “I will always be European, that’s for sure.”

He can emphasize a number of points to provide a more detailed justification. They also have a connection to family history. “It is not about becoming French. The 80-year-old explained in his radio interview in French as a sign of his European feelings that, if I understand correctly, I am French.” “My mother was born in France, and her mother in turn was completely French, and so was her grandfather.” Stanley also knows politics in Brussels, he worked there as one of Britain’s first civil servants and was a member of the European Parliament and the European Union Commission.

However, Stanley Johnson is also prone to some impermanence, a talent that Boris Johnson surely inherited from him. The father was a staunch opponent of Brexit until 2016, but then turned around and joined the son, calling for the UK to leave the European Union, and declaring that “the time has come to save yourself”. Apparently it was an eventful phase of life, Stanley appeared shortly afterwards in the British version of Jungle Camp and loved to appear on TV. He actively supported his son Boris in the 2019 British general election.

And now the tipping point: “You can’t tell the British: they aren’t European.” Realization comes too late, and Brexit is a done deal: At the start of the new year, at midnight on point, the movement of 500 million people between Great Britain and the 27 other EU countries will end. “We keep our freedom in our hands and it’s up to us,” Prime Minister Boris Johnson said triumphantly in his New Year’s address. Traffic across the border between Great Britain and the European Union went smoothly on New Year’s Day – about 200 trucks crossed the tunnel under the English Channel.